Cybersecurity is More than a Political Football 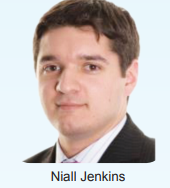 Cyber security was one of the buzzwords of 2018. Something of a political football throughout the year, some western brands looked to cybersecurity to differentiate their offerings from products and solutions supplied by Chinese competitors.

That said, there are real threats that need to be addressed in the cybersecurity market. As devices become increasingly connected and networked, every node on the network has the potential to provide access to a bad actor. Furthermore, the highly resourced and cyber-advanced vendors such as Microsoft and Adobe are getting much better at protecting their code from attack. The consequence is that cyber criminals are starting to look at the emerging IoT (Internet of Things) markets such as smart home and physical security. Combined with the relative inexperience of self-installers as well as security integrators (remember, analog cameras accounted for over 60% of new camera shipments only five years ago), this makes the video surveillance industry a high profile target.

Interestingly, while building technology has been used as a point of entry to steal credit card details, in many cases the cyber-attack is focused on using connected devices to deliver DDoS (Distributed Denial of Service) attacks. These attacks work by spamming chosen websites with requests from thousands, or millions of connected nodes on the internet, overriding the sites ability to respond and making it crash. These attacks may (but not always) inhibit the ability of the devices to perform their configured function, for example to record video surveillance footage.

In response to all this activity the video surveillance market has started a process of education on cyber security. This has included training sessions and seminars, increased feature sets and best practice guidelines and the deployment of some encryption technologies. However, much like GDPR, there seems to be more talk about cyber security than real action or consequence.