App Stores for the Security Industry 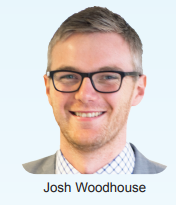 An increasing number of vendors are marketing app ecosystems for video surveillance cameras. This is a further manifestation of increased processing power at the edge and a de-centralized architecture. However, apps for video surveillance cameras are not a new concept. The revival of app based ecosystems has synced with the resurgence of interest in video analytics, fueled by deep-learning technological advances. This means many of the new apps available for compatible cameras are based around deep learning video analytics. This was not the case for previous apps.

These are in addition to existing platforms including:

Despite these concerns, having an open standard and operating system specifically for security and IoT devices means different hardware and software vendors can use the same platform. In theory, this enables easy configuration of best-of-breed components, with more flexibility for changes and tighter cybersecurity controls than just standard interoperability protocols allow. This could also mean system configurations and camera applications are able to change more often due to an easier delivery model provided by the app ecosystem, not constrained by the current more manual and time-consuming processes. With the app store ecosystem allowing for remote direct software sales and even installation, significant investment will be required from each app developer in adequate technical and configuration support. Especially, if they are to build a successful and highly rated app for security and IoT devices.

Regardless of the need for changing software applications on video surveillance cameras, the ‘app store’ model could be a significant disruptor to the video surveillance industry’s traditional sales channel and software licensing model. Once different (non-video) IoT devices are also on the same platform and operating system, greater device interconnectivity and convergence is also likely. Despite not being a new concept, app ecosystems could be a disruptive force for not just video surveillance but other security and IoT technologies in 2019 onwards.