Things get hot when pots and pans are polished in the production process at Kuhn Rikon, the number one Swiss brand for crockery and kitchen aids. Dust explosions can easily occur if the temperature rises above a certain threshold, which in the worst-case scenario can lead to significant fire damage and production outages. Initiated by ITES GmbH,  MOBOTIX and Hekatron Brandschutz teamed up in a joint project to deliver 360° protection against this risk for Kuhn Rikon. MOBOTIX thermal imaging cameras are connected to the fire alarm and extinguisher control center Integral IP at Hekatron Brandschutz. The cameras monitor the production process for critical temperatures and intervene autonomously in the production process. Not only does the system trigger an alarm in the case of possible overheating, it automatically stops the production machine and starts the extinguishing process where necessary. 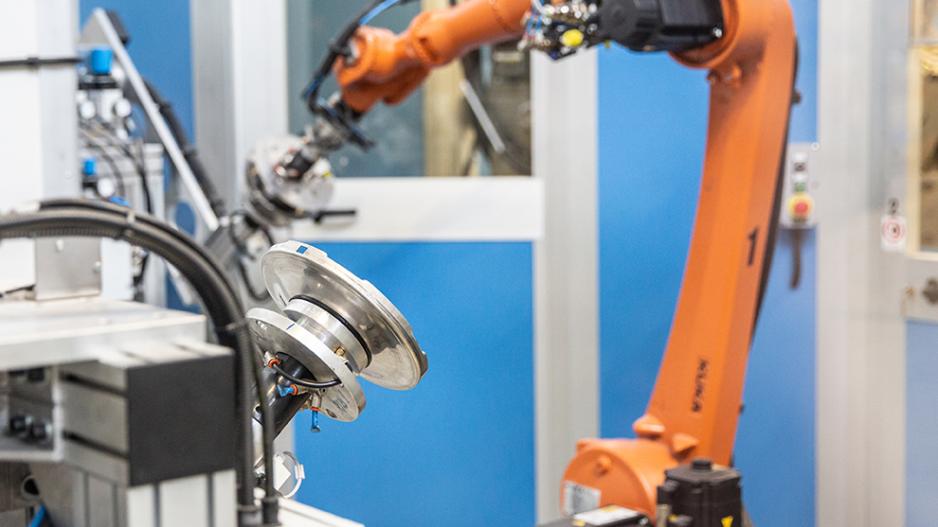 In June 2015, overheated polishing plates caused a dust explosion at the Kuhn Rikon main facility in Rikon in the Töss Valley of Switzerland, precipitating a devastating fire that destroyed the production system and parts of the factory building. Together with the associated production outage, the total damages amounted to CHF 5.2 million (€4.6 million). The production outage alone cost the company CHF 1.4 million (€1.2 million). “Luckily no-one was hurt, but the incident made us drastically aware that we urgently require reliable protection of our production processes that exceed the scope of normal fire protection,” said Paul Brunschwiler, Production Technician at Kuhn Rikon AG.

Project manager Mathias Stauffacher provided the convincing proposal of connecting the thermal cameras M16 Thermal by MOBOTIX with a fire alarm and extinguishing control center at the firm Hekatron Brandschutz. The M16 thermal cameras by MOBOTIX offer outstanding image resolution and enable precise monitoring of all danger zones within the Kuhn Rikon production workflow. In addition, the software package for the IP cameras allows tailored programming to suit the needs of the Swiss company. “We exactly programmed all three escalation levels – a warning for critical temperatures, production stop when the threshold is exceeded, followed by immediate initiation of the extinguishing process after the production shutdown to prevent any spread of the fire,” adds Stauffacher.

“ The compatibility with MOBOTIX and Hekatron Brandschutz, as well as the user-friendly and low-maintenance system, convinced us 100 percent. Continuous, precise temperature measurement also allowed us to optimize our production process to ensure that we always operate at the ideal temperature and largely prevent any production errors. Overall, we managed to optimize our production process by around 5 percent and in doing so make the general working atmosphere more pleasant for our employees,” reports Paul Brunschwiler. 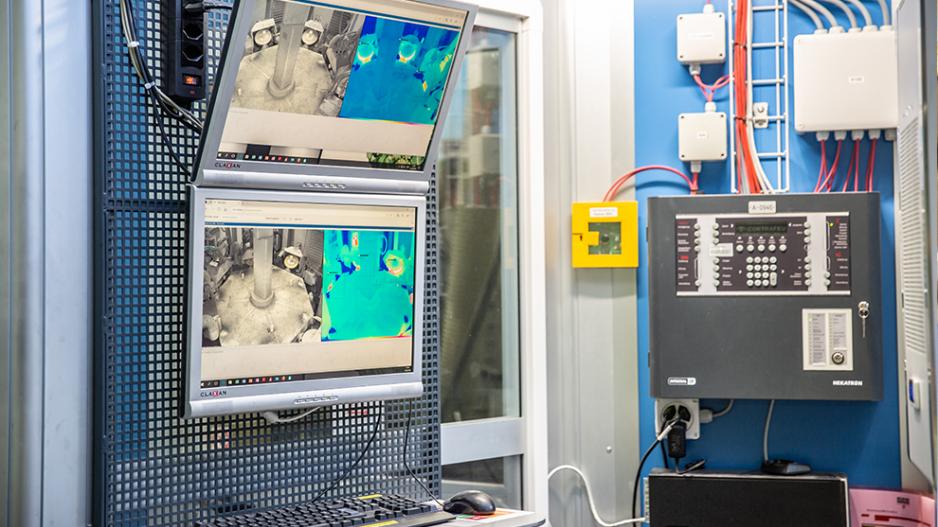 “The incident at Kuhn Rikon plainly shows that fire protection for technical systems is extremely important as a ‘life-insurance policy’ for the company. Here, protecting the employees and the company’s output go hand in hand,” said Daniel Triebswetter, Specialist for Extinguishing System Control at Hekatron Brandschutz, “The solution for Kuhn Rikon catches the eye with its simple connection of the MOBOTIX thermal image camera to the fire alarm and extinguishing control center Integral IP, as well as the smart fire management system – from production stoppage to triggering the extinguishing system.”