Hikvision is providing advanced video technologies for the World Wildlife Fund (WWF) in the Amur region of Russia to observe and protect Oriental Storks, one of the rarest birds in the Russian Far East. The Oriental Stork is endangered and listed in the red book of the Russian federation called International Union for Conservation of Nature and Natural Resources (IUCN), and Annex I of the Convention on International Trade in endangered species of wild fauna and flora (CITEC).

As the final link of the local food pyramid, the Stork is sensitive to water and soil pollution, drying wetlands, Hikvision Cameras Help WWF Russia Observe the Hatching of Endangered Oriental Storks and climate change. The Oriental Storks are an indicator of the well-being of the Amur basin ecosystems, and an observation of the numbers and survival rates of this species plays an important role in local ecosystem protection efforts.

Every spring, the Oriental Stork flies back from the Yangtze river plain in China to the Amur region. They often choose to build their nests on tall trees or towering objects, which means they are not easy to observe. Researchers have to spend hours on watching without a movement, sitting or lying very still and very close to the nest.

This year, six Hikvision cameras provided by WWF Russia were installed by the NGO ‘AmurSEU’ on four Oriental Stork nests in Amur province. The real-time, high-definition footage provided by the Hikvision cameras around the Storks’ home now helps ornithologists observe the hatching of baby storks and observe their growth. An important part of this work is determining if there is any difference between raising baby Storks in natural versus human-made nests, which have been built by WWF Russia to increase survival rates. 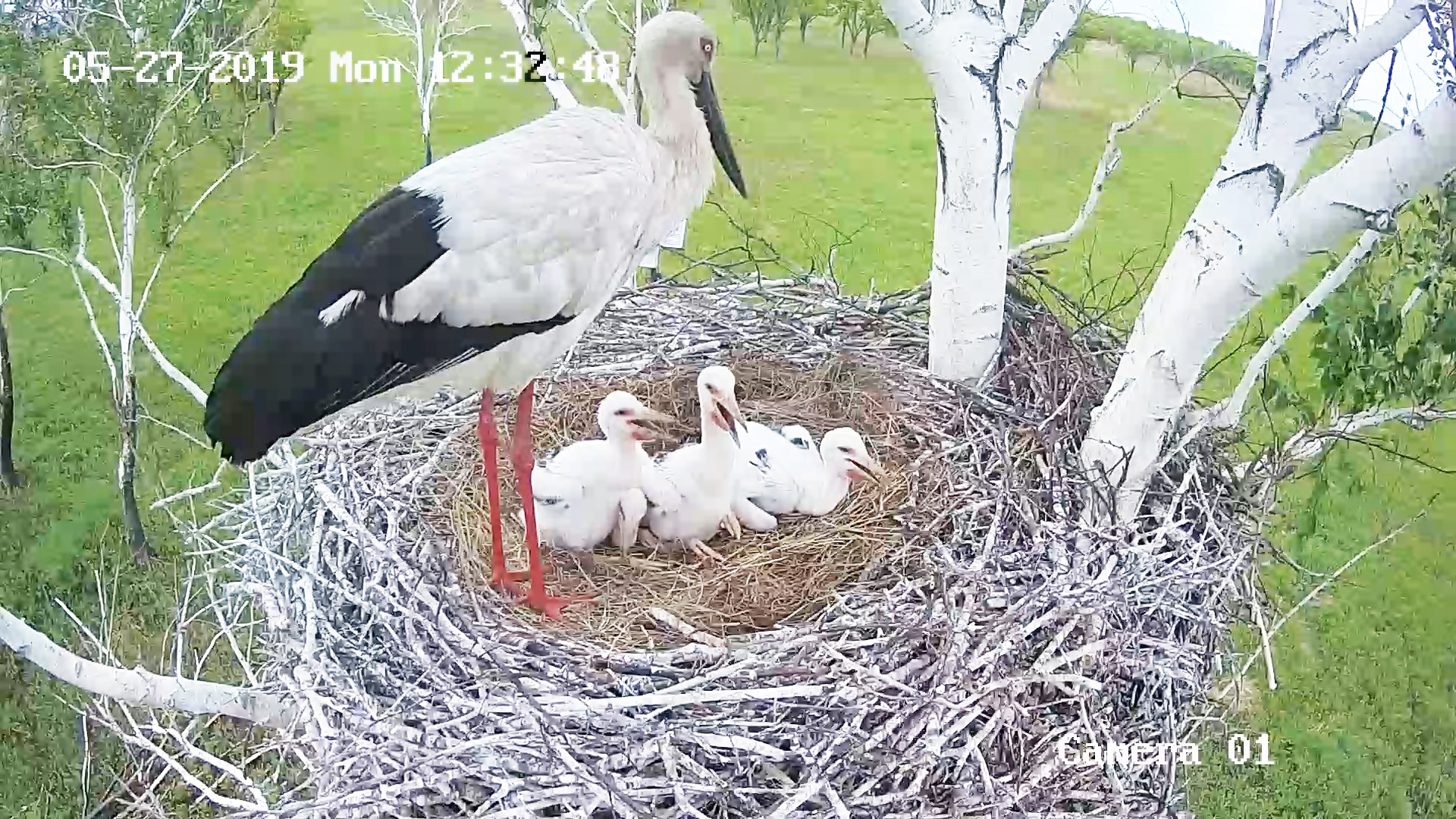 The first two Oriental Storks eggs hatched in the Amur river basin were observed in May this year. Although the nest was situated on a very tall power pylon on the edge of a wetland, ornithologists and bird-watchers located far away were able to witness it thanks to Hikvision video technology for live broadcast.

It is worth mentioning that this is not the first time Hikvision cameras have been used to observe and protect birds. Previously, Hikvision cameras were used in the Green River program to provide continuous monitoring and protection of bar-headed Geese in their natural habitat.