Bosch’s video-based fire detection solution AVIOTEC IP starlight 8000 can now also be used in tunnels to ensure reliable and early detection of smoke and flames. Therefore, it is a quick and cost-effective addition to the linear heat detectors commonly used, which react only to noticeable increases in temperature and are unable to detect smoke either. In addition, the viewing of incidents also enables immediate verification of alarms and is a valuable aid for the emergency services.

The new version of AVIOTEC is based on smoke and flames detection algorithms specially developed for use in tunnels, which have been optimized in comprehensive tests in real environments. The cameras require only seven lux ambient light to reliably detect smoke and flames using the integrated intelligent video analysis. For use in tunnels, Bosch has also more than doubled the detection range from 50 to over 100 meters by using new lenses. This corresponds to the usual distance between cameras for video surveillance in such environments. Thus, AVIOTEC allows the same cameras to be used for video surveillance as well as fire detection and thereby reduces investments and operating expenses. 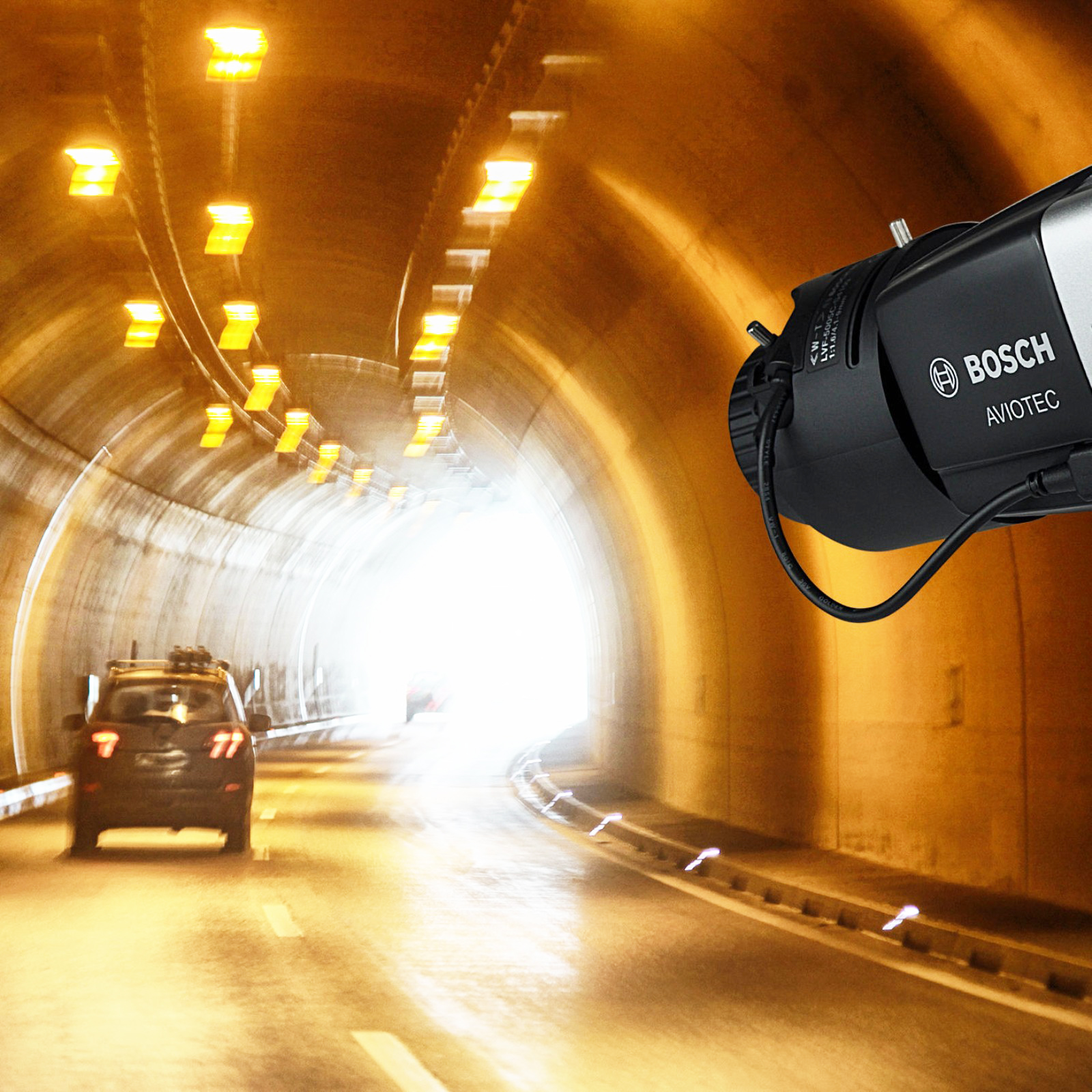 In such scenarios, video surveillance also benefits from the intelligent video analysis in the cameras. By continuously tracking movement curves, they can automatically detect stationary vehicles as well as drivers driving the wrong way or people on the road.

As with the detection of smoke or flames, a message is also generated in these cases so that the safety personnel can immediately take appropriate measures and minimize the risk of an accident. Intelligent video analysis is implemented in the cameras themselves and therefore does not require a central server, which could represent a so-called ‘single point of failure.’ AVIOTEC also records machine-searchable meta data of all scenes, thus enabling very rapid forensics when investigating the cause of a fire or an accident.

Even before this update, AVIOTEC was the first solution for video-based fire detection to pass the demanding test procedure of German VdS Schadenverhütung GmbH. VdS had conducted the test procedure in accordance with the VdS guidelines 2203 ‘requirements for fire protection software,’ and the ‘specifications for testing flame detectors.’ In April 2019, AVIOTEC IP starlight also received certification according to the Australian standard CSIRO TS010 for video-based fire detection systems.

Apart from tunnels, as a VdS and CSIRO certified solution, AVIOTEC is suitable to improve early fire and flame detection in almost every building with large dimensions as it avoids the need of smoke or heat to migrate to the sensor. AVIOTEC can thus be used in large warehouses, hangars, extensive shopping centers, generator halls and similar structures.

Operators who are already using an AVIOTEC solution can upgrade to the new version with a free firmware update. In existing applications where a longer range is required, an upgrade can also include a purchasing of the new lens.