With increasing urbanization and changing architectural trends, innumerable buildings and skyscrapers with glass facades are adding to our city skylines, and hence it becomes imperative to understand the challenges posed by such infrastructure. To be aware of the hazards associated with façade fires, Hilti has partnered with UL LLC to study the spread of fire in real life conditions at Indian Institute of Technology, Gandhinagar.

In India, as per the National Building Code 2016 under clause 3.4.10.2 (b) – “All gaps between floor slabs and façade assembly shall be sealed at all levels by approved fire-resistant sealant material of equal fire rating as that of the floor slab to prevent fire and smoke propagation from one floor to another.”

One of the key questions to be asked here is what kind of test should be performed to evaluate the performance of such firestop system that ensures that it would work in Indian scenario as well. To address this question, UL and IIT Gandhinagar built a set up to explore through a series of planned tests to identify what works and what does not.

The test set up

The test setup consisted of a three storey building constructed of steel frame structure, and total three fire compartments were made at each floor. The deck slab of each floor was made as a concrete steel deck. All the steel columns in the test set up were protected by the traditional practice of protecting the steel – i.e., with masonry cover. 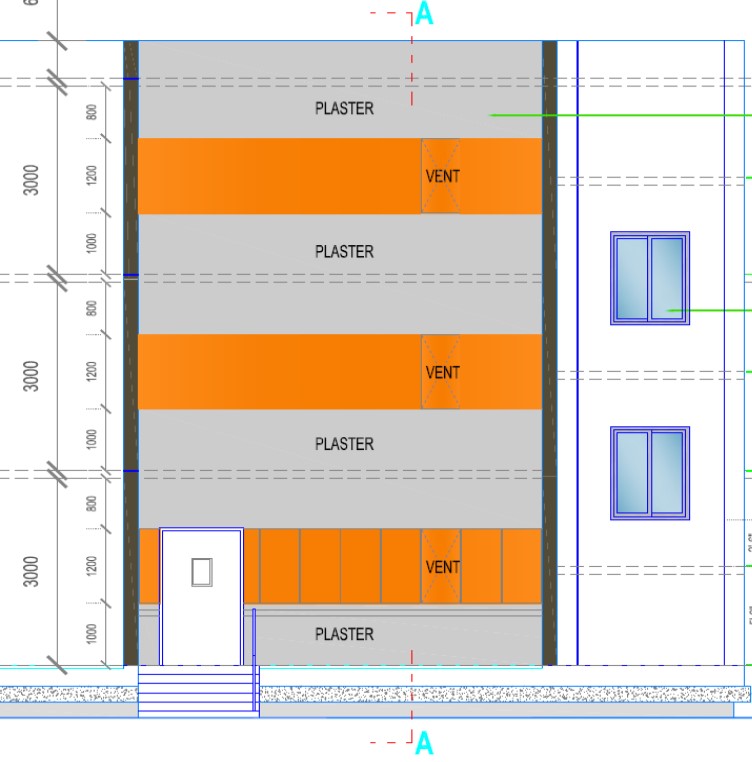 Towards the fire load, most of the contents were made of realistic furnishings (sofa, bed, carpets, chairs etc). Later some fuel was added to match the occupancy calorific value close to that for the residential and commercial occupancies recommended as per NBC. This was done by adding a wooden crib.

For the firestop evaluations, UL and IIT, Gandhinagar carried out multiple research tests in the following sequence. 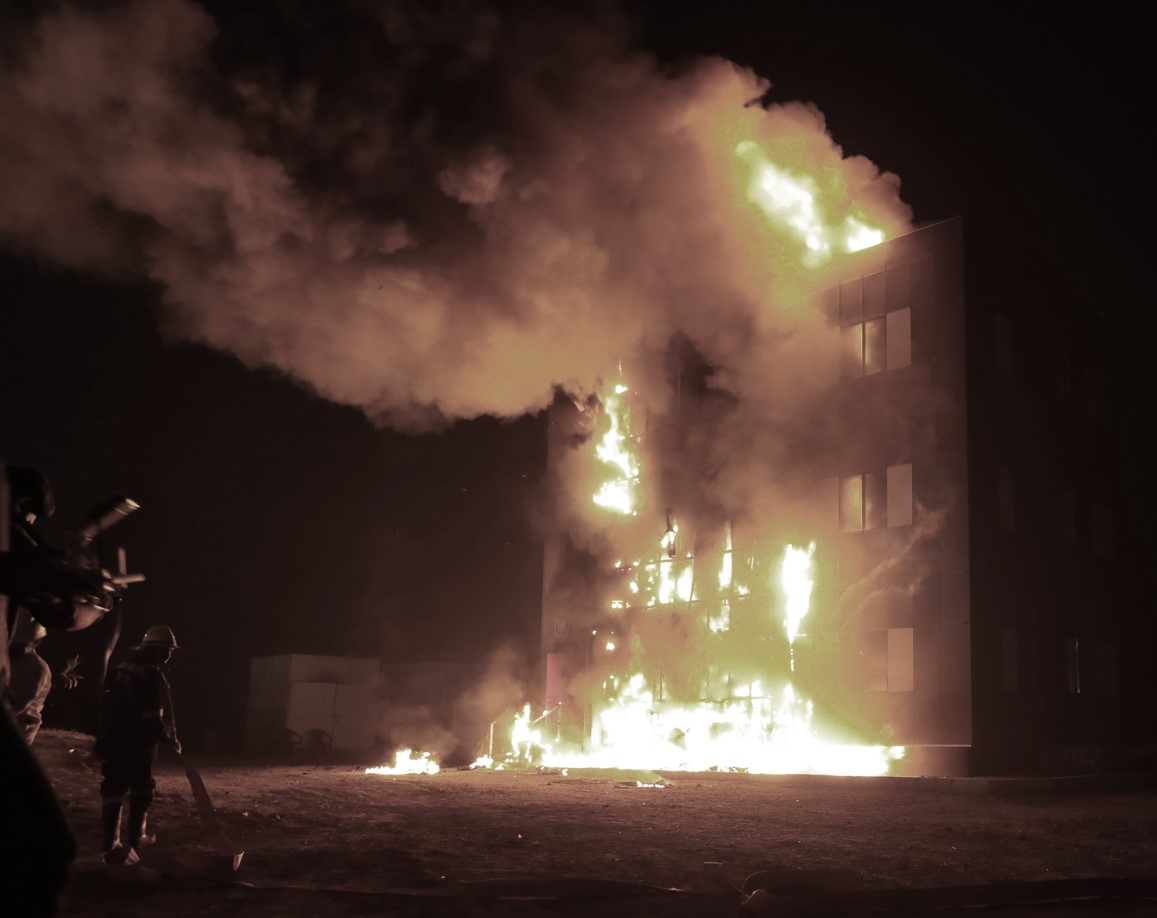 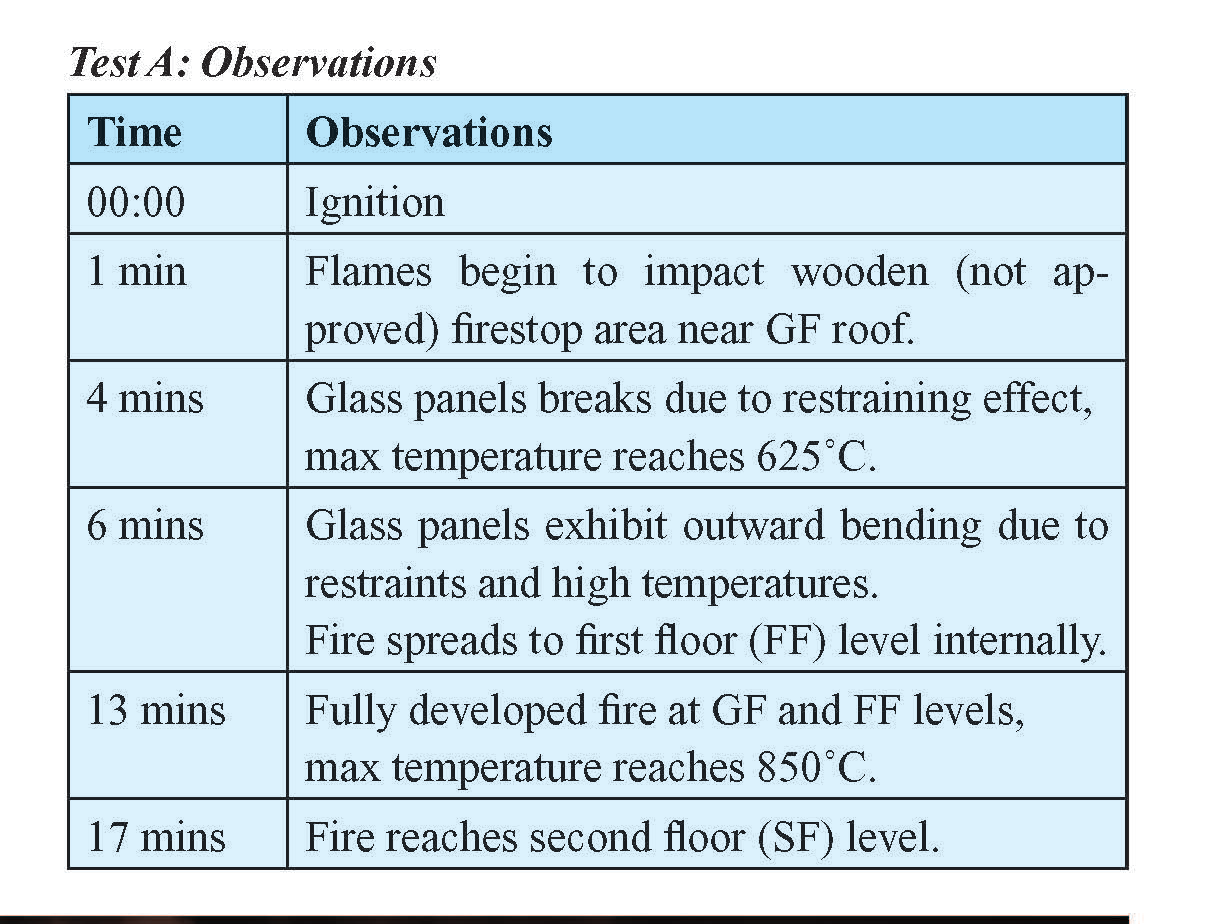 In the case of non-approved usage of firestop like wooden plate at the edge of the slab, the fire reached the first floor from the ground floor in 6 mins and finally reached the top floor of the building in 17 mins. Hence the usage of such unapproved systems like (wooden plates, steel plate etc.) will be a high threat to the life safety of occupants of the building.

Test B: With tested and approved Hilti firestop – Internal spread 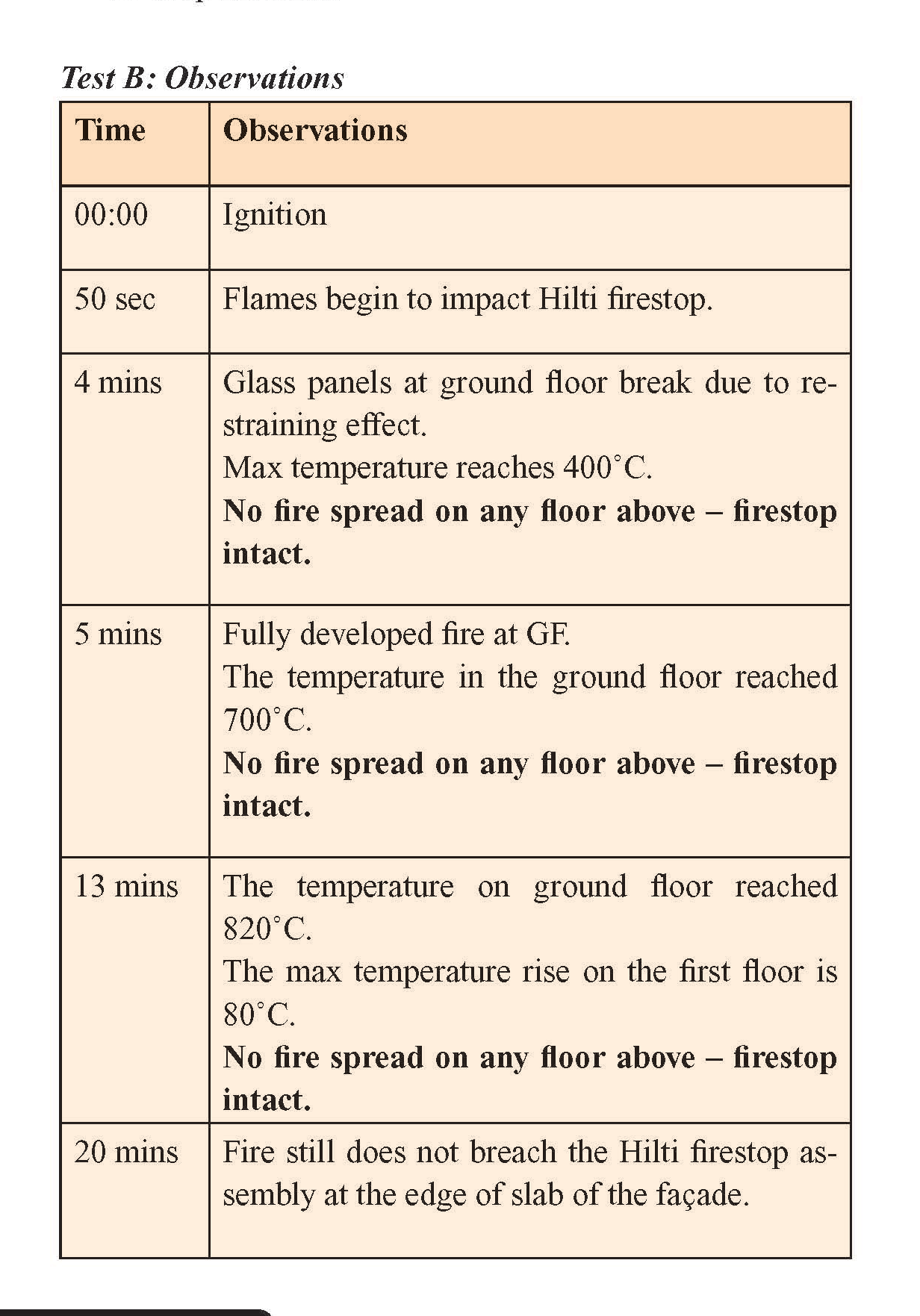 Test A & Test B: Conclusion

I n the case of usage of approved system like ASTM E2307 tested systems, the firestop systems held its place and contained the fire in the ground floor. It did also not let the heat spread to the upper floors more than 80˚C for the entire duration of the test in such a real life building test scenario.

The provisions of ASTM E2307 are intended to restrict the interior vertical passage of flame and hot gases from one floor to another. Its use is recommended by many building codes to evaluate the fire resistance rating of the perimeter fire barriers.

As per International Building Code 2015, Clause 715.4: “Exterior curtain wall/ floor intersections – where fire resistance rated floor or floor/ ceiling assemblies are required – voids created at the intersection of the exterior curtain wall assemblies and such floor assemblies shall be sealed with an approved system to prevent the interior spread of fire. Such systems shall be securely installed and tested in accordance with ASTM E2307 to provide F rating for the time period not less than the fire resistance rating of the floor assembly.” 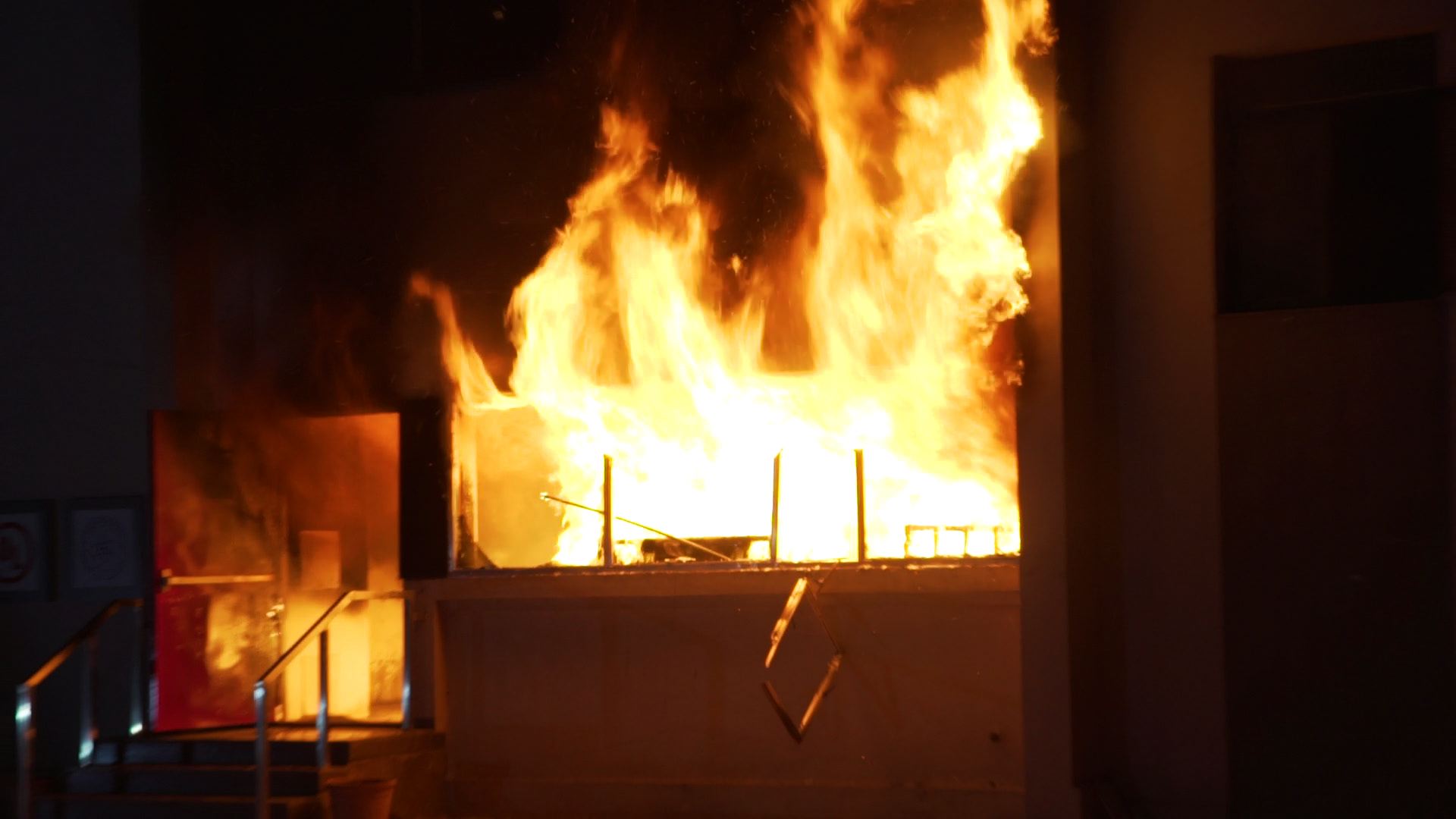 We believe such exploratory study along with UL LLC’s and under IIT Gandhinagar’s supervision will be able to guide the industry to use only tested systems which perform and save lives such as movement capable fire rated perimeter firestop systems tested per ASTM E 2307 standard.

Avoiding or compromising the edge of the slab opening with no systems or untested system means compromising with the safety of people. Perimeter fire barriers are one of the systems required by the building codes and it’s an effective fire and smoke resistance compartmentation methodology. The test at IIT from Hilti and UL is only an effort to drive scientifically driven and appropriately tested systems in India to ensure safety at the highest level.