While deciding amongst a public, private or hybrid cloud offerings, any organization considers the involved security risks as one of the most important parameters. The prefix ‘Public’ alone can make some people think that public cloud is not as secure as a hybrid, or a private offering.

But is that really true – or is the public cloud secure enough for your organization’s data? Let’s try to analyze this question and arrive at an answer post validation of some facts. However, before we do the analysis let’s give a brief intro to the public cloud so that this assessment becomes meaningful even for someone with no technical background on cloud computing.

The concept of offering cloud computing as a public utility is not new. It was first mooted in the 1960s by JCR Licklider as an ‘intergalactic computer network,’ which laid the foundations of grid computing, an early forerunner of the cloud. However, it was wasn’t until the 1990s when the internet started to offer significant bandwidth that the idea actually started seeing the light of the day. One of the first milestones was the arrival of salesforce.com in 1999 which pioneered the concept of delivering enterprise applications via a simple website. In 2002, Amazon created a suite of cloud based infra services including storage and compute as a captive arm of Amazon e-commerce. Later by 2006 Amazon Web Services (AWS) was introduced as a commercial web service, with the launch of their compute service Elastic Compute (EC2) that allowed small companies to rent computers on the cloud to run their own applications. Soon enough other players entered the market as public cloud service providers prominent being IBM Cloud (2011), Google Cloud (2011), Microsoft Azure (2012), and many others. 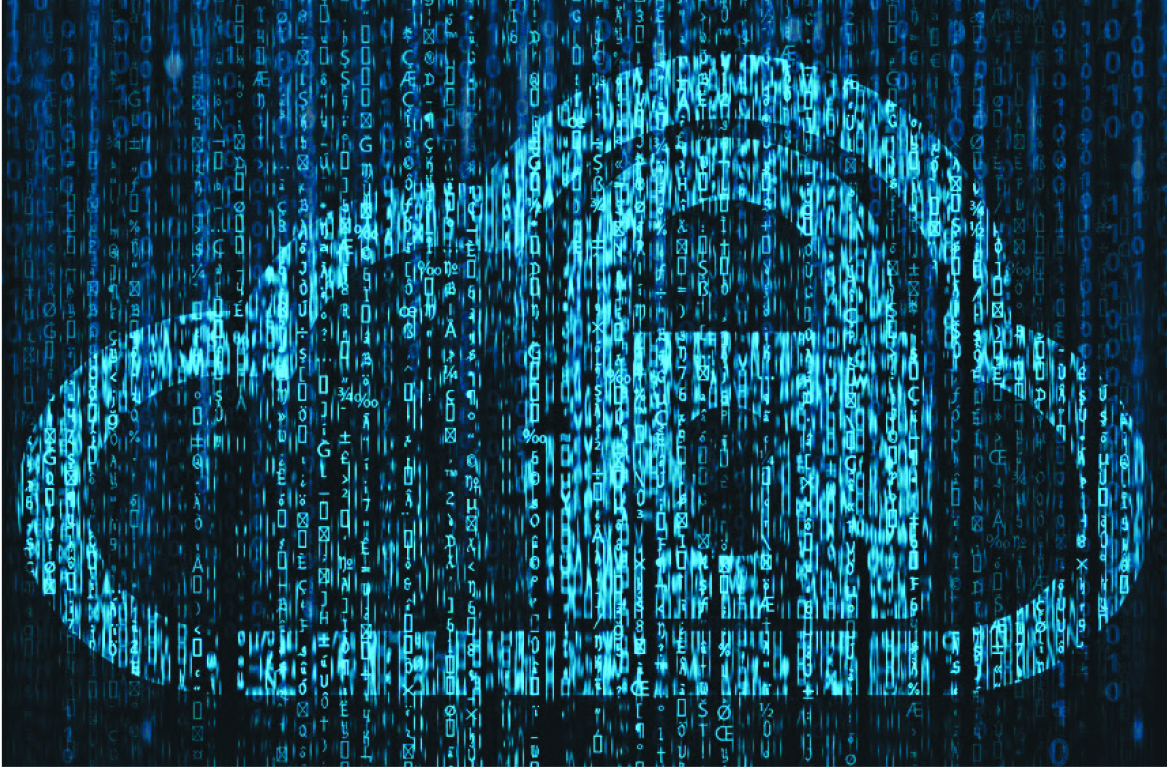 Public cloud computing is defined as computing services offered by third party providers over the public internet making them available to anyone who wants to use them. A public cloud is built on a fully virtualized environment which supports a multi-tenant architecture enabling users to share computing resources – thus bringing economies of scale and lowering costs. A user pays only for what they use just like a public utility service such as electricity or piped gas.

Is that a valid concern, or just a bogey? This article tries to address the query.

Security concerns in the public cloud

The idea of migrating applications hosted on premise to the public cloud is quite disconcerting to many users.

The concerns largely are around the under mentioned areas.

How cloud providers have responded to the security concerns

The Cloud Security Alliance (CSA) was formed in Dec 2008 with the aim to securing cloud computing. It is a not-for-profit organization with a ‘mission to promote use of best practices for providing security assurance for cloud computing.’ Over the years it has come up with several security guidelines and standards to assure public cloud security, prominent amongst them is the 2010 Cloud Controls Matrix (CCM) which is a baseline set of security controls to help enterprises assess the risk associated with a cloud computing provider. It provides guidance in 16 security domains including application security, identity and access management, mobile security, encryption and key management, and data center operations. In 2013, it launched the STAR (Security Trust and Assurance Registry) certification. STAR has 3 levels of certifications. It encompasses key principles of transparency, rigorous auditing and harmonization of standards. STAR level 2 certification provides multiple benefits including indications of best practices and validation of security posture in the cloud offerings. All major cloud providers conform to these standards and that has greatly helped them build assurance in the minds of the customers. 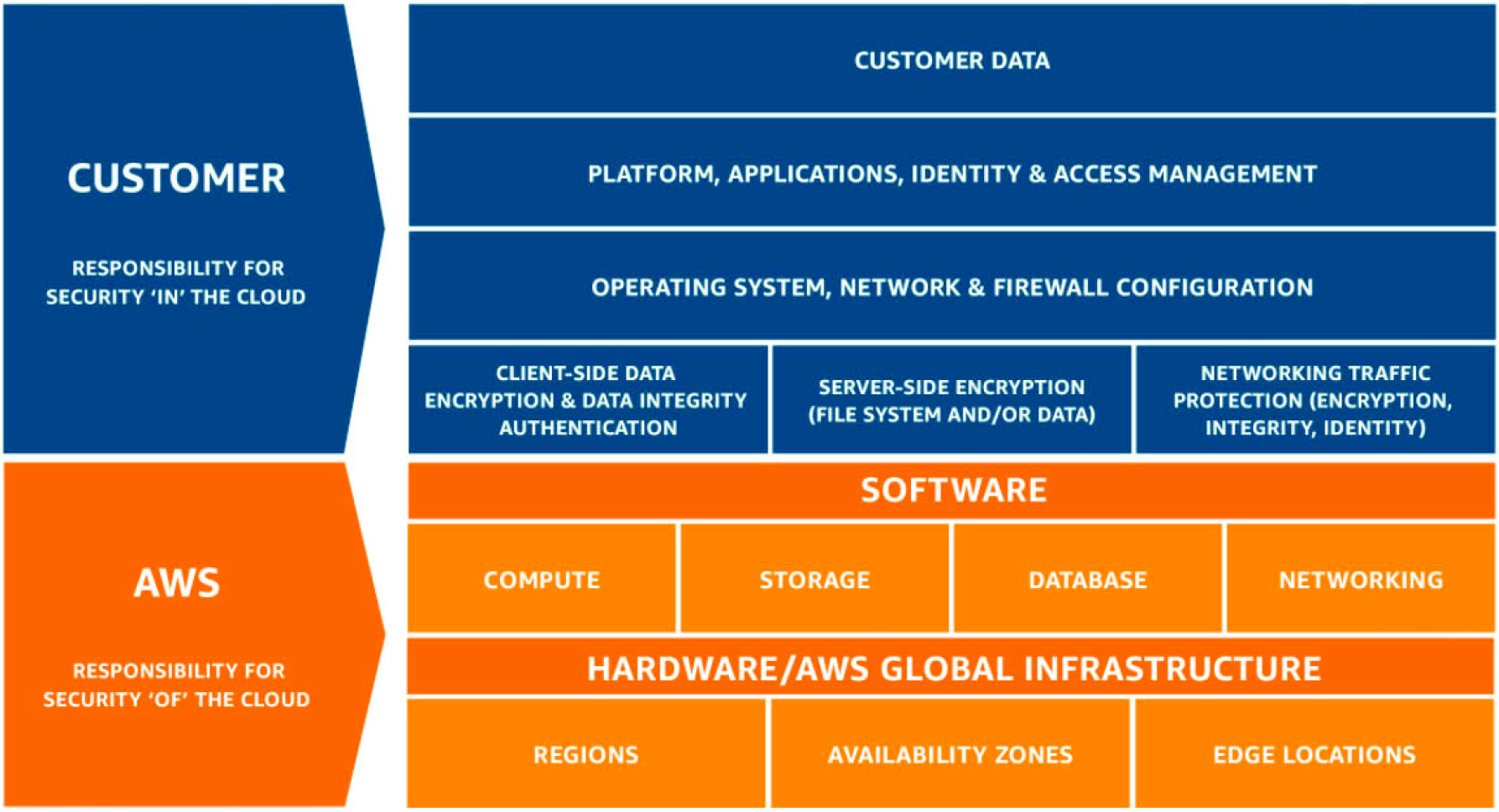 Security and compliance is a shared responsibility between the cloud provider and the customer. This shared model can help relieve the customer’s operational burden as the cloud provider operates, manages and controls the components from the host operating system, and brings the virtualization layer down to the physical security of the facilities in which the service operates. The customer assumes responsibility and management of the guest operating system (including updates and security patches), other associated application software as well as the configuration of security group firewall provided by the cloud provider. Customers should carefully consider the services they choose as their responsibilities vary depending on the services used, the integration of those services into their IT environment, and applicable laws and regulations. The nature of this shared responsibility also provides the flexibility and customer control that permits the deployment. The chart above shows this differentiation of responsibility for AWS as is commonly referred to as – Security ‘of’ the Cloud versus Security ‘in’ the Cloud. It is similar with other cloud providers as well.

Having a defence-in-depth approach is a fundamental element in how cloud providers provide a trustworthy cloud infrastructure.

From the aforesaid it is evident that the public cloud security has evolved a lot over the years. Not only have the cloud providers made significant R&D and infra investments in security, the CSA frameworks and global security certifications along with a rich set of configurable options for security being made available to the customers have significantly moved the needle of trust, transparency and security in favour of the public cloud.

It must also be remembered that there is shared responsibility of security in the public cloud and the customers need to step up and play their part effectively to ensure foolproof security.

Iqbal Singh is currently working on a senior role in a large technology MNC based at New Delhi. He has extensive experience of having worked both on the private as well as public cloud. He is an established industry speaker on the technology subjects of cloud, artificial intelligence and digital transformation. Views expressed are personal.