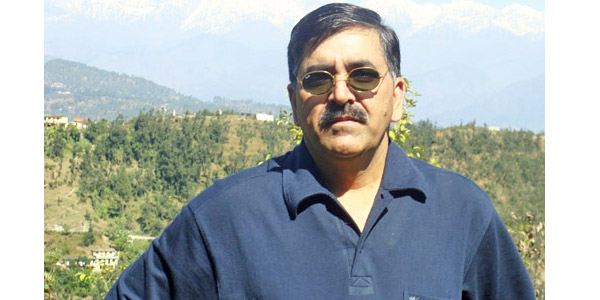 By Colonel B S Nagial (Retd)

The concepts of soft and vulnerable targets, hard targets, and crowded public places have recently come into daily use in the counter-terrorism platform. These concepts are not included in any international legal framework. Soft and vulnerable targets such as sports complexes, shopping sites, schools and education institutions, and transportation systems, are easily reachable to large numbers of people and have limited security or protective measures in place, making them vulnerable to terrorist attacks. By attacking these targets, they (terrorists) can cause maximum destruction to life and property without much going into the detailed planning, training and mobilisation of resources. Terrorists want the maximum media attention should be drawn to such incidents.

To a greater extent, the concept of ‘soft-targets’ overlaps with that of crowded public places, wherein the high density of the population gathers temporarily or permanently. This high density of the people in a place acts as a specific factor of vulnerability or attractiveness of inimical elements in society.

The presence of persistent terrorist threats against places where a large number of people gather is generally highlighted by the country’s security and law enforcement agencies. So that the public is made conscious of such vulnerabilities, terrorists may shift their attention to soft targets if the security of hard targets is heightened to make them more secure and protected. For example, as the civil aviation sector responded to the threat of terrorists by adopting pre-board security measures, the terrorists shifted their attention to surrounding places.

Similarly, there has been an increase in knife and heavy vehicle attacks, breaking away from the use of armed individuals or teams of gunmen accepting lesser casualties.

The possibility of terrorists seeking to employ lethal weapons to cause significant destruction on soft targets can’t be ruled out. The best examples of using lethal weapons are the sarin gas attack on the Tokyo subway in the Air India Flight attack in 1985, 1995, 9/11, Mumbai 26/11 attack, etc.

Another reason for terrorist attacks against soft targets is to take hostage of people to press their demands. The nature and level of threats against soft targets are influenced by local factors and the intent of terrorists to inflict damage to life and property. The choice of terrorists depends upon personal grievances, the site’s perceived threats, the crowd’s presence, security measures in place and the target’s proximity to their operational area.

Soft targets face threats of numerous types by individuals or groups driven by various motives. To create an efficient and secure environment, it is imperative to deal with the threats thoroughly and consider the available security measures to blunt the attackers’ modus operandi.

Soft targets comprise a vast and diverse group of subjects. The fundamental principle for protecting soft and vulnerable targets against terrorist attacks lies in the coordinated security planning by all the stakeholders at the national and local levels. United Nations for Disaster and Risk Reduction (UNDRR) describe ‘risk management’ as a systematic approach to managing uncertainty and minimising loss.

While forming a security system for a particular soft target, the first step is to make clear what is to be protected. Consequently, we initiate the process by defining the entities we value and do not wish to lose or get them harmed. Secondly, it is necessary to define the likely sources of threats to soft and vulnerable targets. To do so, we need to analyse earlier such incidents. Thirdly, then it is imperative to forecast the possible forms of the attacks.

Without sound analysis of potential dangers, the security system will not be effective and may lead to wasting prime resources at disposal. All incidents in question need to be handled in three stages – Before, During and After the incident.

Particular attention should be paid to a method known as DDRMI (Deter-Detect-React-Mitigate Impact). This is a unique tool to assess the efficiency of security measures adopted. Prevention is better than cure, so maximum attention should be paid to preventive measures. Therefore all security measures designed to protect soft and vulnerable targets must include a fool-proof and effective system because people’s lives are involved. Also, we should be creative in utilising the resources, which are at a premium.

In its 2017 Antalya Memorandum, the working group of the Global Counter-Terrorism Forum concluded that – “Protecting soft targets is complex. It is a perennial and practical struggle to balance security and access, and the target set is virtually unlimited. If casualties are the important terrorist metrics for success, then every undefended group of people becomes a lucrative target.”

Given the genuineness that soft targets and crowded sites are unprotected or under-protected, preventive measures and interventions need to be in place before the occurrence and further upstream before a perpetrator can reach what the Antalya memorandum calls a target set that is virtually unlimited. So we can say that prevention needs to occur before potential culprits have attained arms and bombs, before joining an extremist group and before they believe that an unprovoked terrorist attack on a random group of strangers is legitimate.

So, rather than trying to harden an almost infinite number of soft targets, manifold prevention layers that can act like screens should be applied before a terrorist attack is imminent to reduce the probabilities of an attack being planned and prepared by the terrorists and inimical elements.

When it comes to soft target protection, the main emphasis should be in the form of pre-incident plot detection, should be on preventing radicalisation by and recruitment into terrorist organisations and, further upstream, on the prevention of terrorist group formation rather than on the costly hardening of multiple possible soft targets. Considering the human cost of terrorist attacks and the costs of post-incident consequences, management and recovery, such as a resource shift, prevention in all its phases makes more sense.

About Author: Colonel B S Nagial (Retd.) is a third generation Indian Army Officer, retired in 2019 after rendering three decades of service. He spent 15 years in fighting terrorism. He has also been the Director, Academy of Proficiency & Training, Ambala. Various articles and research papers have been published in his name in Times of India, Times of Israel, Daily Excelsior, CLAWS, SecurityLinkIndia etc. Major areas of interests are National Security, Counter-terrorism and International Relations.