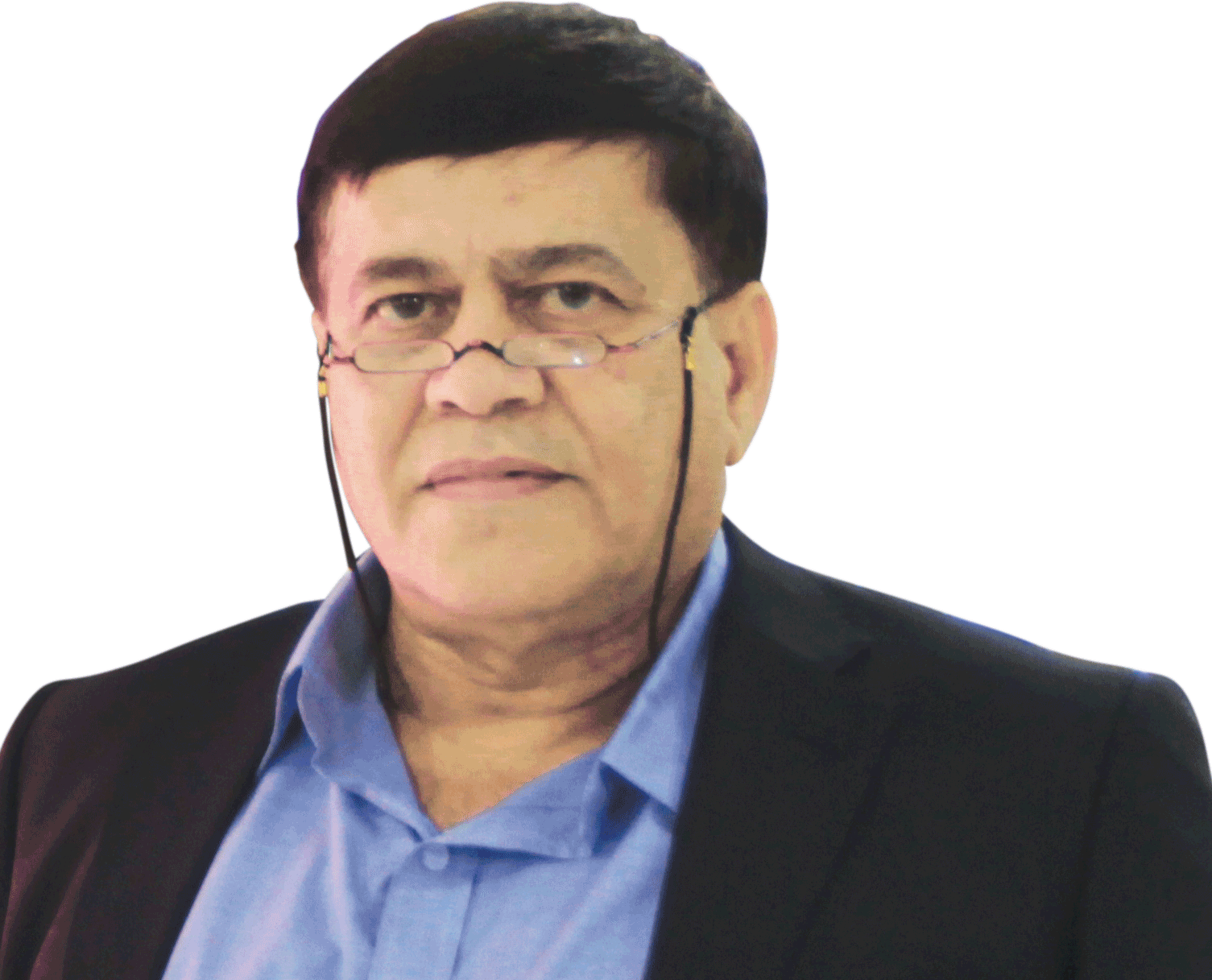 Milind Borkar is regarded as a veteran of security and surveillance industry with an experience of over 4 decades. His endeavoring spirit to lead ahead with perseverance, trust and integrity has graced Infinova with several breakthroughs. Currently, as the Vice President of Sales for India & SAARC, ME and Africa at Infinova Group, he has set benchmarks by building up a successful team right from the grass-root level. With his fortitude and hard work, he has enriched customer profile as well as credential base of Infinova across MEAI region. Infinova is honored with excellence and credence while successfully dealing in several major critical infrastructure projects such as city surveillance, airports, seaports, defence, metros and railway stations.

As Intersec 2020, Dubai is at the corner where Infinova is associated as the platinum partner and SecurityLink India is the media partner, we are privileged to recently have availed an opportunity to be one-on-one with Milind. Here are some excerpts:

SecurityLink India (SLI): Where do you place Infinova today – in terms of business, growth, and competitiveness – apropos India and the globe?

Milind Borkar: We are rapidly moving towards Internet of Things (IoT), edge based analytics, and cloud based platforms. As IoT gains momentum, edge analytics is becoming crucial for the companies worldwide. The massive glut of data collected over time is difficult to manage unless you have proper analytics algorithms in place.

Improvisation is a stepping stone to achieving success. Infinova always maintains a one-point focus – improvising its solution-offering and uplifting its service standards. This has helped Infinova reach several milestones so far.

Apropos growth, it has been modest in the past few years.

SLI: Infinova is the integrators’ manufacturer, kindly elucidate with some examples.

Milind Borkar: Yes, Infinova is integrators’ manufacturer – meaning thereby, we help various system integrators (SIs) in integrating with our video management software (VMS) as well as various third-party devices at no cost. We also help the end user and SI to negotiate with various other hardware manufacturers to work with them, and get them a better price; as we have been dealing with those in other regions. All the commercials are done by the SIs and end users themselves – we are just a facilitator, giving consultancy at zero cost.

SLI: What keeps Infinova ahead of the pack – kindly elaborate.

Milind Borkar: The credit goes to our tech support and the good sales team. They gather various information of relevance of the competitors, and the new trends which are there in the industry. The entire team is pro-active and exchanges information within the organization transparently. Besides, as an industry leader, Infinova offers numerous advantages – not only in technology and product development but in customer service as well.

SLI: Where does Make in India in security industry stand today in your view, and what are Infinova’s maneuvers in this line?

Milind Borkar: Make in India is a great concept but it is too early to say that it is making great strides in our industry. Most of the components have to be imported, and sadly we do not yet have a great finishing quality on things such as housings, IR, brackets etc. Also as far as I am aware, we do not manufacture chip sets and the likes which are used extensively in the surveillance industry e.g., the kinds of Ambarella, TI etc.

SLI: Kindly give a brief about your manufacturing unit at Pune. Do you have any plan to expand?

Milind Borkar: It started a few years ago and doing wonderful. And yes, we are in the process of manufacturing expansion in India as we are investing heavily in that sector.

SLI: How has the year 2019 been for Infinova – both in India and globally? What have been the challenges and learnings?

Milind Borkar: We have seen a steady growth with the various other brands that are under the Infinova umbrella. We have to learn and be aggressive in developing more products that the industry needs for the future as mentioned above.

SLI: What are your plans for 2020 to excel – especially in India?

Milind Borkar: This year and the next we hope to sign a few more major contracts for projects. We are a project driven company and are not into box and volume sales.

SLI: What, as you see, is today’s trend of security and surveillance industry in India, and where is it heading?

Milind Borkar: There are many buzz words in the industry, and not many people understand what they are saying and what their requirementis. Once they come to know the cost of storage and network, they would like to reconsider the pixel chosen in the camera. A lot of education is required to the end user. Some companies will give you a data sheet that makes no sense and at the time of the proof of concept (PoC) they are able to show those features. There is a lot of hype around us in the market.

SLI: The current government has taken bold decisions on issues such as demonetization, GST, digital India, abrogation of Article 370 and likes, which often face criticism as well. What is your take on them in relation to the business environment in India as on date and in future?

Milind Borkar: The media is terrible – I feel – as there is a lot of fake news all around. The majority wants to criticize just for the sake of criticism. The same is happening in the case of the President Donald Trump as well in the USA. Read the recent article on Bloombergh web site at what he has achieved in 2019. This is not mentioned by the media.The similar is the case in India as well. I was in Jammu & Kashmir seven weeks ago. I was told that there was curfew in the state and people are being harassed, arrested etc. But, I could not see the likes of those unless there is another J&K. Even the recent riots on CAA and NRC have been fuelled by fake news and instigations been done by certain political parties. It appears that no one has read the documents. If this was done in any other country
they would have been taken to task. In India it is an absolute abuse to democracy and the freedom of speech. It is just crazy to see that the persons who are shouting at the top of the lungs criticizing and abusing the government are having no knowledge why they are doing so. Just because they hate him, people throw such type of abuses to the Prime Minister of India for reasons best known to them only. In any neighboring country including the Gulf Cooperation Council (GCC), North Africa and Europe, they would be locked up for saying anti national slogans etc. I guess these instigators have yet not been there and lived.

SLI: Over the period, what differences/ improvements have you experienced in the With Milind Indian approach in terms of valuing the necessity of security, smart use of better technology and equipment, and timely maintenance?

Milind Borkar: We are still far behind the rest of the world specially Europe and North America. People still think that they have a guard who protects them. The installation done is shabby as there are no regulations, and if they are there the contractor wants to figure out how he can cut corners. When you call them back they rarely do the needful. I am talking here specifically about the personal house and small commercial properties. They openly say that they are doing this for the insurance purposes! All want the system to work but no one is ready to pay for a maintenance contract. 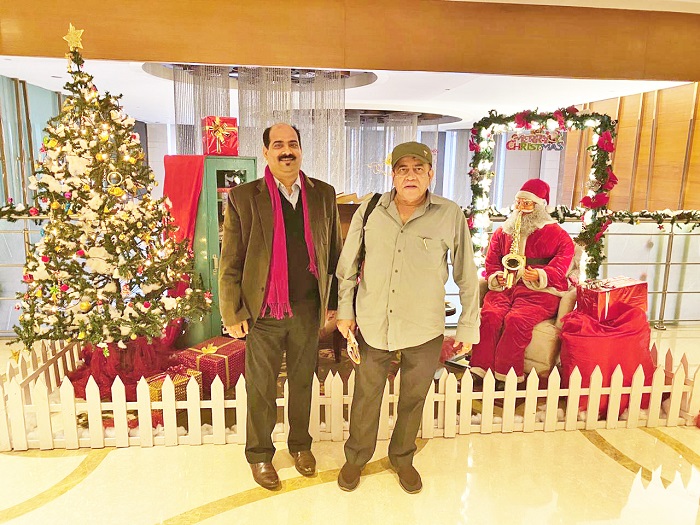 SLI: How far has the time and process – right from the opening of a tender to the execution and final settlement of the job – been eased/ improved and how far do you consider is there a scope of further improvements?

Milind Borkar: This depends on the various government rules and regulations that are existing. Even if they are there, does anyone follow them, and/ or regulate the industry. I am not sure! In India, laws are made to be broken – it seems. At times the cases go on for ages with no end in sight.

There is a lot of scope for improvement. Many a times, there is a rush for tender pricing – all very urgent – and once the bid is closed the tender is cancelled. Each original equipment manufacturer (OEM) and SI spends hours and days collecting info for the bids. When submitted the bid is cancelled for various reasons. There is no audit as due process is not followed, we all feel. There could be several factors for this some transparent and some opaque.

SLI: Technologies like artificial intelligence, face recognition, machine learning, blockchain and IoT are rapidly making the trend including in security and surveillance. Kindly substantiate generally, and in relation to your products.

Milind Borkar: All these terms are used loosely in this country as there is a lot of hype around them. I have yet to meet a consultant who can describe what is it that he or she wants to achieve when there are no performance specifications. All the words used above are largely (nearly 80%) related to the software. The software that is developed by a company in the US has all these features along with VMS and is also cloud based. I have seen a few articles in your magazine about the trends and what needs to be done.

SLI: Kindly name some of your recently done projects, products and technologies.

Milind Borkar: These projects are on our web site and some of them are confidential as they are with department of defense (DoD), and we have a non-disclosure agreement (NDA) in place.

SLI: Kindly explain in brief some of your projects, technologies and products which are in pipeline.

Milind Borkar: The projects which are in pipeline are in the Aviation, Navy and Airforce, and banking and hydro-carbon industries. As mentioned in the beginning, our products in pipeline include analytics on the edge that require low bandwidth which we are to achieve by using our own compression. Our software research and development (R&D) team is working aggressively and hard and doing lots of works in this line to stay ahead of the pack.

SLI: SecurityLink India is floating a slogan – ‘Security First! Business of Security Foremost!’ What is your take on the same?