The gold rush of the 19th century brought together people from all economic strata. It brought investors, opportunists, miners, entrepreneurs, law enforcers and law breakers together to a single location. There was a law of the land but implementation of that law was a challenge.

The modern drone industry portrays a similar lay of the land. There is a gold mine of potential applications and business opportunities. This has attracted participants from multiple industries to provide business solutions. India has the law of the land in terms of regulations for drone e.g., unarmed aircraft system (UAS) ownership and operations; and the land also has the entrepreneurs and large firms – the law abiders and law breakers – and the entities who wish to misuse technology. 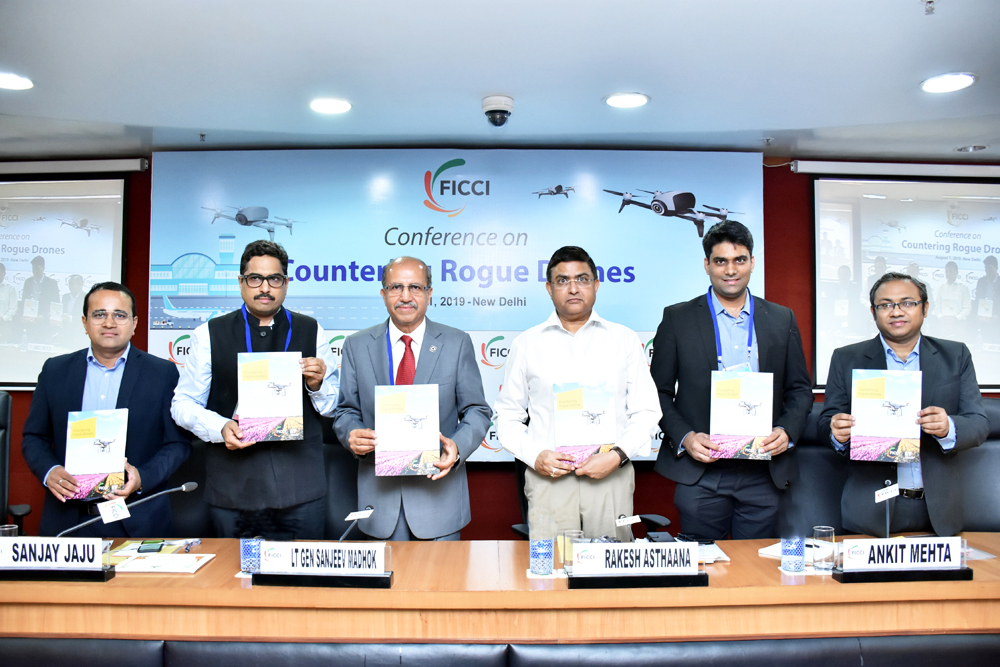 The Federation of India Chambers of Commerce and Industry (FICCI) has recently organized a conference on ‘Countering Rogue Drones’ in New Delhi, which received impressing response from the industry and other stakeholders including the government. The government officials who presented themselves there and shared their parts included Rakesh Asthaana, Director General, Bureau of Civil Aviation Security (BCAS), and Sanjay Jaju, Joint Secretary, Department of Defence Production, Ministry of Defence, Government of India.

Mr. Asthaana indicated that the Ministry of Civil Aviation is working on finding solutions to counter rogue drones in the country. He said, “The Ministry of Civil Aviation had constituted a committee under the chairmanship of DG-BCAS for finding out the best available counter drone solutions and standards to safeguard civil aviation against possible drone attacks in India. We have taken the live trials – second pilot has just been over – and we are in the process of finalizing our reports which will be submitted to the Ministry soon.”

“We don’t know which drone is rogue and which is good. We should have technology to counter it. Whether you go in for commercial or security purposes, the technology has to be such that can prevent the rogue drones in our country,” added Mr. Asthaana, “Drones can be used both for the betterment of the society and for killing people as well and destroying assets.”

“Focus on indigenization of drone manufacturing and counter drone solutions”

Sanjay Jaju said, “The drone technology has immense potential, and as per NITI Aayog, the sector is likely to reach $50 billion in the next 15 years.”

Calling for indigenization of drone manufacturing and counter drone solutions, Mr. Jaju emphasized that local manufacturing should be done not only to derive economic potential but also to check the internal and external threats faced by the country.

A FICCI-EY report on ‘Countering Rogue Drones’ was also released during the conference which emphasizes the needs to deploy counter UAV systems.