The inaugural edition of the ‘Safe Smart Cities Conference’ concluded on a successful note at The Lalit hotel, New Delhi. Organized by Corptive Research, the event was supported by GACS, Forces Network and AIILSG; EY was the knowledge partner to the event. MitKat Advisory was the associate partner, and SecurityLink India, Construction World and Urban Update were the official media partners.

The event gained broader relevance considering the new term of the BJP government. With the smart cities mission launched on 25 June 2015 by Narendra Modi, Prime Minister of India, the country undertook one of the largest and most complex urbanization initiatives on the planet – one hundred cities of India were selected as part of this mission in its first phase.

The Safe Smart City Conference brought together policymakers including those from Ministry of Housing & Urban Affairs (MoHUA), CEOs of smart city missions, academia, R&D, corporate leaders from consulting, and design and technology, OEMs, system integrators, as well as startups, NGOs and citizen groups – from across the globe – to have a free and frank exchange on ‘how to make our cities safe, secure, resilient and citizen-friendly,’ and what role each of the key stakeholders is expected to play. Most panelists emphasized on the need to get the necessary infrastructure in place and to leverage technology to make cities more efficient, secure, sustainable, and responsive. 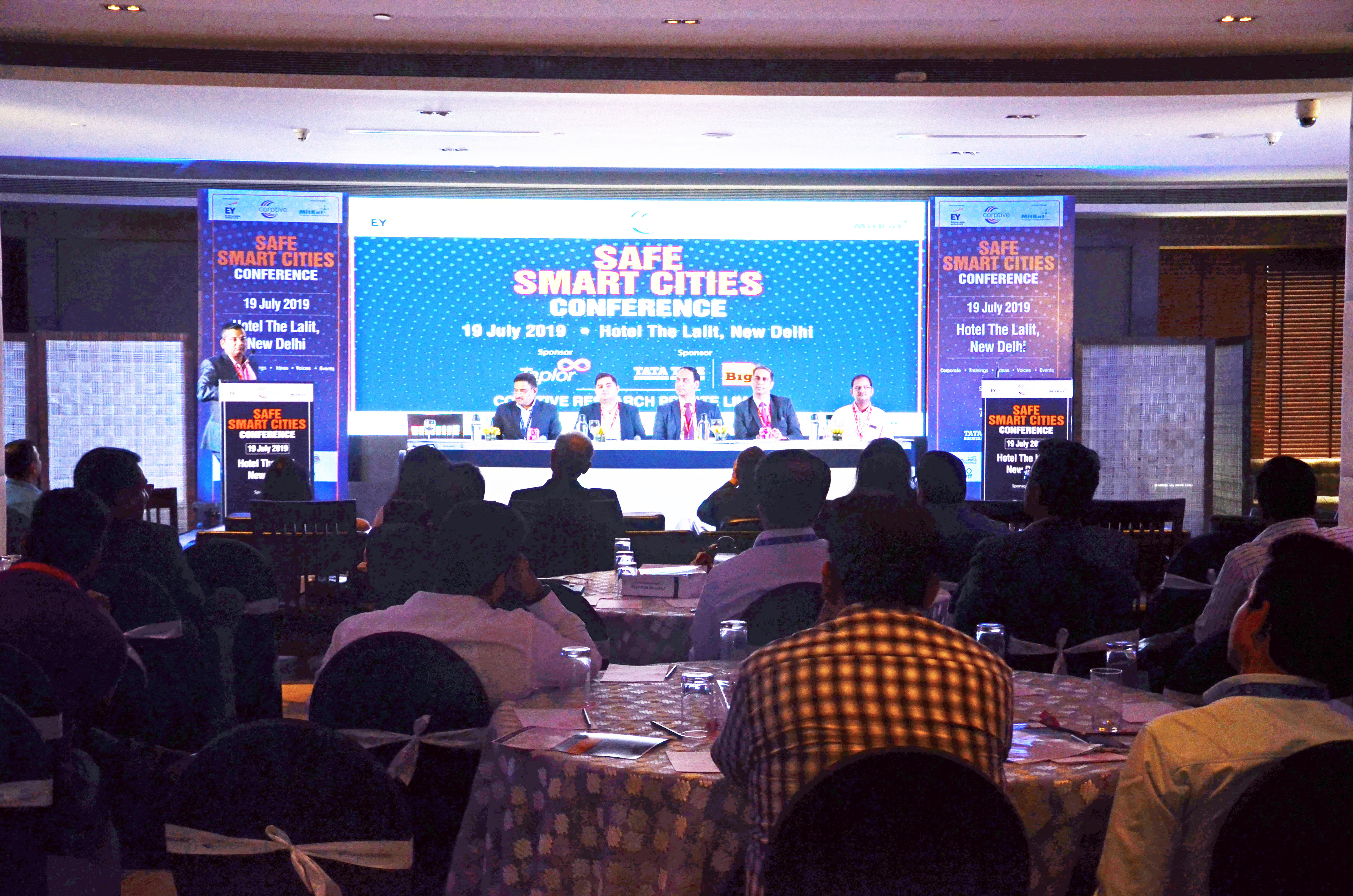 The conference program at Safe Smart Cities 2019 featured discussions and presentations on a series of relevant and innovative themes including ‘Progress so far in Smart Cities’ and ‘What to do next about developing the Smart Cities.’ Featuring some of the top experts from the government, the program highlighted and brought to the forefront key issues which will play a significant role in shaping the future of Indian urban planning. 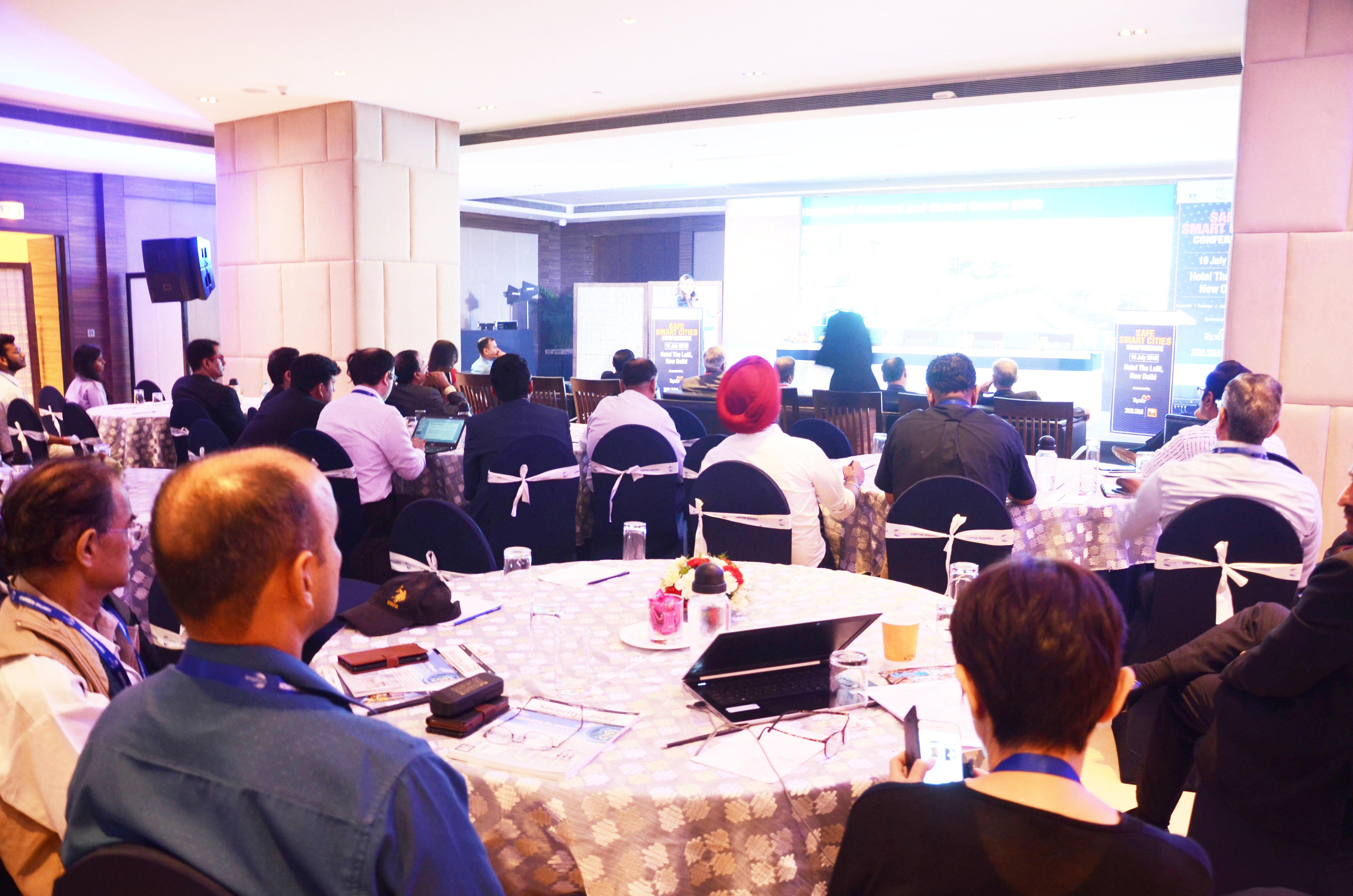 Safe Smart Cities 2019 hosted eight keynotes along with panel discussions that brought together stakeholders of the industry on a single platform, allowing the exchange of ideas that added value to the smart city ecosystem at large. The panel on ‘Safety & Security of Tech Backbone – Command & Control Center Operations’ had intense discussion from industry stalwarts. The panel focused on bringing efficiency in command & control center operations in a smart city. Emphasizing the need for safety in cities, Samrendra Kumar, MD, MitKat Advisory said, “A smart city by definition must be safe, secure and resilient.”

The concluding panel focused on ‘Cybersecurity & Privacy in Smart City.’ The panel saw participation from the audience to understand how the pervasive technology is going to affect their privacy and what is being done to alleviate those concerns. The panel was moderated by Samrendra Kumar.

The event was successfully organized by Corptive Research Private Limited, which earlier hosted the Safe Secure Workplaces Conference in New Delhi in February 2019, and the same will be the next.