The significance and relevance of the term and entity ‘Chowkidars,’ and their potential and contributions towards nation building were rightly highlighted by G Kishan Reddy – Union Minister of State for Home Affairs, GoI – at the recently held 14th Security Leadership Summit 2019 organized by the Central Association of Private Security Industry (CAPSI) and Association of Private Detectives and Investigators (APDI) during 15-16 November 2019 at PHD House, New Delhi. He credited the grand success of Bhartiya Janata Party in 2019 General Election of India to the campaign called by the Prime Minister Narendra Modi – ‘Main Bhi Chowkidar’– which hit the sentiment of being safe and secure across masses. Further, he correlated it to what potential and values the private security industry carries and what influences they can make in the growth and development of the nation. He asked the stakeholders to consider instituting the ‘Prime Minister Best Chowkidar’ Award covering various facets of private security industry that will be a befitting tribute to the honest and hardworking security personnel who are playing an important role in India’s growth and progress. Later Mr. Reddy said that after agriculture, private security industry is a major employment generator and the government is taking all steps to ensure the growth and progress of this sector. 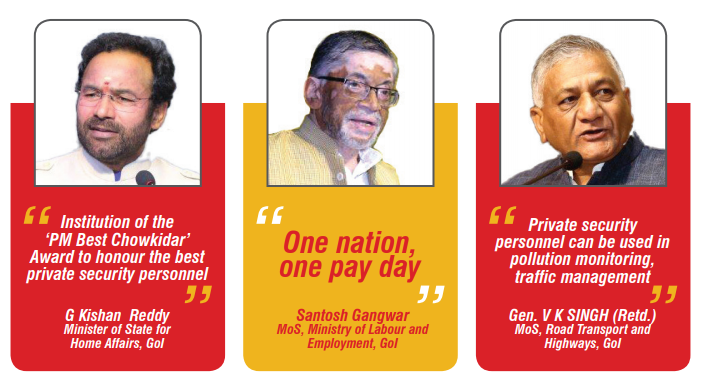 Santosh Gangwar – Minister of State (Independent) for Ministry of Labour and Employment, GoI, expressed that the Centre is planning to introduce ‘one nation, one pay day’ system to safeguard the interests of the private sector workers, particularly labour class. “There should be a pan-India single wage day every month across various sectors to ensure that workers get timely payment. The Prime Minister Narendra Modi is keen on this legislation to get passed soon. Similarly we are also looking at uniform minimum wages across sectors which will safeguard better livelihood of workers,” he said.

He also indicated the intention of the government to implement occupational safety, health and working conditions (OSH) code, where code of wages makes an important part of it. The OSH Code will streamline the private sector by enhancing the coverage of workers manifold by merging 13 central labour laws relating to safety, health and working conditions into a single code. He said to have taken 44 complex labour laws to reform, and asked all the stakeholders to contribute to make these laws more effective and useful. 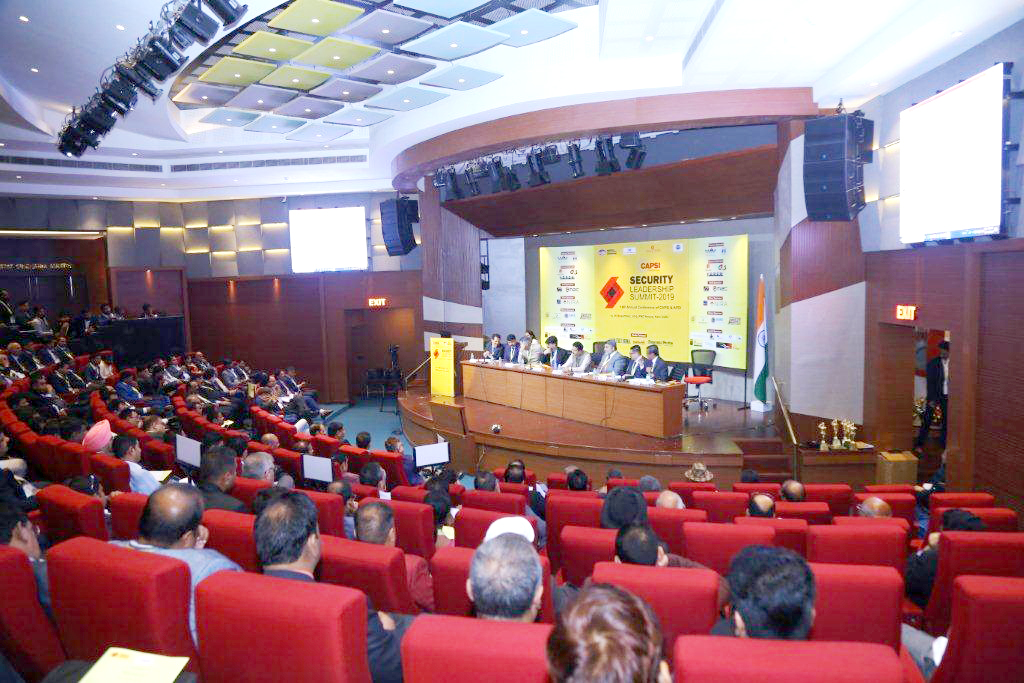 On compliances, he said that they are preparing a ‘single page’ mechanism for various sectors to complete requisite compliances in order to ensure ease of doing business. An online system is being developed for grievance redressal which ensures that all problems are resolved within 48 hours without any physical interface.

Gen. V K SINGH (Retd.) – Union Minister of State for Road Transport and Highways, GoI, stressed upon the adoption of modern technologies by the private security agencies to expand scope of their operations. He suggested that the private security guards can help government agencies in carrying out their daily affairs like traffic management, pollution monitoring and crowd management with the aid of technologies like drones and CCTV solutions. 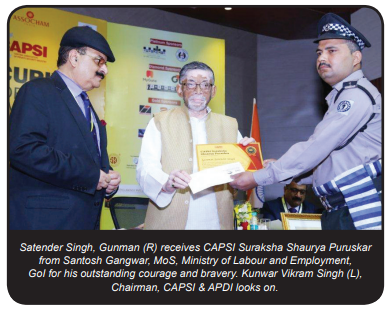 While addressing the gathering at the Security Leadership Summit, the Transport Minister said, “Today, the government deficits in resources and manpower to meet the daily requirements of general public where the private security agencies can play a major role. However, they need to train their personnel in modern and upcoming technologies to gain trust of the government. The scope is immense towards traffic management, pollution monitoring, crowd management and cyber security etc. They have to reinvent themselves and prepare for the future challenges.”

He also emphasized that there is a huge shortage of manpower in foreign markets like Europe and Gulf nations, and with innovations and skills enhancement at par with global standards, Indian private security agencies can tap this opportunity very easily. Industry needs to hire more technically qualified people to upscale skills and preparedness of personnel.

Kunwar Vikram Singh, Chairman, CAPSI & APDI assured that the private security agencies are ready to help government in carrying out day to day work needed to make life easier and safer for the common man. The associations and the industry are aware of the growing need of the foreign markets which is of the size of about 1.5 crore private security personnel. They are exploring and working on the idea of tapping it.

The Security Leadership Summit 2019 was inaugurated by Santosh Gangwar on 14 November 2019. In his welcome address the chairman thanked the Modi Government for timely amendments in the Private Security Agency Regulation (PSARA) Act and Rules that go in favour of industry, and helped the industry in streamlining its growth.

The chairman also apprised the dais and gathering about the campaign of CAPSI, called – ‘Securing My Square Inch of Motherland,’ – which aims making every security stakeholder to have the attitude, diligence and alertness to all-round security of the piece of land he/ she is active right at the moment. This involves active police public and police RWA participations, and private security personnel can act as a bridge in between the police and public. The concept was hailed by the ministers, and all the participants in the event. G Kishan Reddy launched the audio-video of the campaign during the event.

The event also featured a new partnership between CAPSI and Public Police NGO. Kunwar Vikram Singh was appointed the President of the NGO by its Chairman Justice K.G.Balakrishnan, former Chief Justice of India and Ex-Chairman National Human Right Commission. The Public Police NGO works as a trustworthy intercommunication link between the society and law enforcing agencies. They aim to bring people close to the police by projecting them as friends and help reestablish faith in public for police. This partnership is aimed to propagate the objectives of the NGO faster and more efficiently.

The summit sawn the participation of more than 500 industry leaders from security and private investigation domains across India.