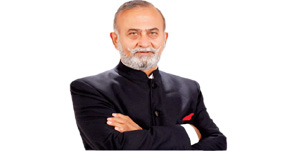 Home Minister Mr. Amit Shah while addressing the CISF 53rd Raising Day at Ghaziabad stated the CISF should work out a ‘hybrid arrangement’ with the private security agencies under which CISF can prepare the security framework for guarding the vital installations. He further stated that role of private security agencies is expanding very rapidly in keeping with the pace of national economy moving from $2.5 trillion economy to $5 trillion economy and CISF should take on the responsibility of training the personnel of PSAs. The necessity to enhance the efficiency of the private security agencies arises from the fact that the CISF alone cannot ensure the security of the industrial sector of the entire country and PSI who specializes in handling similar security domain can easily be coopted to fill in the void with ease.

Certain key takeaways from his speech are:

The above intention of the GoI itself is an expression of the immense confidence and trust on the capabilities of the PSI in the nation building to relieve the CISF for more vital and critical role elsewhere.

Roles and Responsibilities of the CISF

Commonality the key to Compatibility

Let us identify as to what is mutually common between both the CISF and PSI in their role and responsibilities. These common features will best be identified to be the key ingredients of the compatibility. The nature of the security spectrum in which both the entities operate is significantly akin to each other which is characterized by the following:

Salient features of the CISF as a force

Any change in the role and responsibilities of a well-established organization is bound to face myriad of external & internal challenges and resistance. CISF since its inception has shouldered its role and responsibilities in a defined space as a very efficient organization. Since proposed change do not alter the primary function but will be an add on to its existing role, the change may not cause any turbulence or disruption, however, following points need due diligence and application of mind:

Time Frame for the change

The time line to foster the change will depend upon the following factors:

There is a pilot project already in execution stage concurrently and its outcome will be the guiding factor for the future.

A Glimpse at the FAQs

Qn: Is it part of a quick fix approach to reduce the financial burden of some corporates and PSUs?

Ans: Some of us may view it like that and give a colour of our imagination whereas I view it as a window of opportunity to the PSI to showcase their core strength in element of technical and human capital.

Qn: To what extent this proposal will offer value to the PSI?

Ans: It all depends on the plans of the GoI who in all probability will like to execute it in a gradual and deliberate manner in phases and not unload the entire responsibility in a jiffy.

Qn: To what degree this hybrid arrangement will allow the PSI to penetrate the exclusive space of dominance of the CISF?

Ans: In my opinion, initially only non-essential and non-critical functions and points of security could be handed over to PSI to initiate the process but hard core sensitive points of operation involving baggage screening, frisking and searching and forensic analysis and combat element will continue to be with the CISF.

The security of the economic assets of the country holds prime importance when global security dynamics is changing at a very fast pace. We need to look afresh as how to cut the flab and make it leaner and technologically more enabled and agile. With full body scanners a reality in air ports and may be in a staggered time frame live face recognition system becoming a part of daily life while travelling by metro rail or entering a shopping mall, corporate office or an industrial unit; we need human element at hard points only where the physical security is inescapable dimension. On other hand, human element cannot be eliminated in totality for reason of vulnerability and susceptibility of most of equipment like switches, CCTV and many other devices to hacking by remote and stand-off means. Swarm drone attacks carrying missiles, PGMs and cluster bombs pose grave threat to our vital installations like refineries, nuclear installations and power plants. The trained and disciplined human element of CISF can best be utilized to operate the counter drone measures once relieved by the PSI.

“Vigilance is a very vital element when we view the security of airports and highly sensitive organizations like ISRO, BARC, power plants of NPCIL, sensitive govt office buildings to guard against and develop intelligence to identify terrorists, anti-nationals and criminals while working in tandem with other agencies. CISF is the singular armed force which is a milking cow to the GoI. It is paid by the PSUs, Corporates and quasi government organizations for the security umbrella it provides unlike Armed Forces, other CAPFs and Para Military Forces where results are intangible and non-quantifiable.

In the light of the above, it is prudent to prune the component of CISF from non-essential duties and fill the void with compatible contractual human element readily available with PSI at low cost and no encumbrance attached by killing multiple birds with one stone fulfilling the obligations of creating more employment, reducing the financial burden of corporates and GoI as well. All said and done, it is an opportunity which PSI can ill afford to lose. Hence brace up for the challenges.