As per a survey, about 98% of the people are not satisfied with the state of policing. As they say, the police are corrupt and misbehaving. 89% believe that it is the police who are supposed to reach the troubled persons, that too, immediately after the offense is reported – instead of the aggrieved going to the police. They also don’t approve the police beating or ill-treating the alleged persons who are in their custody for any criminal offence, unless convicted. 100% of them believe that the police officers who misbehave with the visitors/ complainants/ public should be suspended or removed immediately from services.

Further, 100% of the surveyed people believe that the police should be well equipped, well-educated and versed about human rights, and well trained with the latest technologies and weapons. 98% were of the opinion that the awareness programmes about human rights, and legal and public safety awareness should be spread. People should
also co-operate with the police as they believe that the security guards are not yet properly synchronized and supportive to each other. Every police station should have a facilitation centre to provide drinking water, tea, cold drinks, snacks, and photocopy machine and computers on no profit or no loss basis. 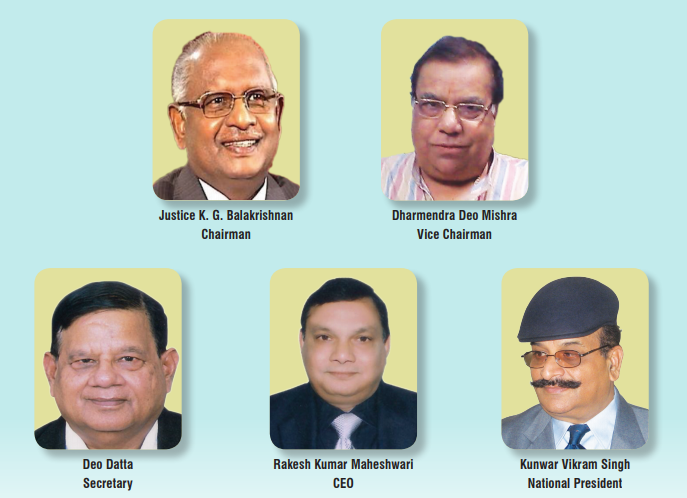 Moreover, 98% people believed that in case of death or any causality during the duty hours their family should be provided due cognizance and taken care by the government. Salaries and other facilities should also be enhanced so

as to remove/ minimize the scope of corruption. Strangely, 82% of the surveyed reported to not have any experience with the police so far.

Under the given pretext, a non-government organization called ‘Public Police’ was registered as a Trust in the beginning of 2019 in New Delhi under the Chairmanship of Justice K. G. Balakrishnan, Former Chief Justice of India and Ex-Chairman National Human Right Commission. The deed of trust was made and executed by the Chief Executive Officer of Public Police, Rakesh Kumar Maheshwari, Senior Chartered Accountant with the other dignified trustees of the NGO. The other members are former High Court judges, former senior lAS officers, former senior IPS officers and some distinguished members of the civil society. The Public Police aims to become a trustworthy and reliable intercommunication link of the society to the law enforcing agencies.

90% of the surveyed once also supported for a common platform for addressing their complaints, and 95% agreed that public police partnership would be a very useful platform for bridging the gap and solving the people’s problems. In fact they were very keen to become a part of the public police and active member.

While speaking about the NGO Public and Police – Justice Balakrishnan recollected the unfortunate situations he experienced all through his entire career and opened his heart by saying, “The citizens want to live peacefully in safe and protected environment which needs the co-operation with each other. But, generally they feel alone and not satisfied with the actions taken by the police. The public should feel safe and protected while going to the police, but nowadays there are instances that public are afraid to go to the police.

“The police are for public protection and prevent them from crime. They are also responsible for maintaining law and order of the country. The true measure of the effectiveness of any police force is not the number of arrests or police actions but the absence of criminal conduct and violation of law in the society.

“On the other hand, this is not possible for any government or police to be with each and every citizen, to safeguard them so when crime is increasing against the senior citizens, females, children and others, the people of the country should stand against the criminal activities.

“Now the time has come to be united and fight against crime. Our organization helps the people connect with each other by registering themselves as the member of the organization. Public Police is a charitable trust incorporated (NGO) where people can register their problems, and the organization will take up the problems with the higher police authorities and concerned government authorities to resolve at the earliest.”

The organization will do conferences, camps, events and other mode of information for updating the people and also try to increase the healthy relationship between public and police.

The people also understand that police personnels are members of the same society who face so many difficult situations and circumstances due to the involvement of powerful persons. Further, they have to act according to the legal system. So many times the actions of the police are not according to the wish of the aggrieved persons. The people should also pay respect to the police and cooperate in performing the responsibilities assigned to the police.

Former Chairman and C.E.O., Noida Authority, Noida, Uttar Pradesh, Deo Datta, 1985 batch IAS (Retd.) who has served as the District Magistrate and Divisional Commissioner at various territories of Uttar Pradesh is the Member Secretary of the Public Police India. SecurityLink India has had the privilege to meet him and chat one-on-one. He was very excited about the forum and explained, “The NGO will create a forum and a group of people to visit communities to familiarize them with rules and regulations so that they understand that police personnels are also members of society and they have to act according to the legal system of the Country.

“This may avoid confrontation and help police in difficult situations to do their duty with confidence and dedication maintaining goodwill and support of the public.”

“We will also organise joint workshops and seminars on various issues related to the security of women, children and senior citizens. It was also proposed to set up a help desk at every police station to assist victims of crime of any nature. A special badge shall be issued to all CAPSI members for recognition by police and citizens,” said Kunwar Vikram Singh.