Elbit Systems completed a successful field demonstration of its patented Hydrop system, an innovative solution enabling high-altitude high-precision aerial firefighting. The field demonstration took place recently as part of an exercise led by the Israel Fire and Rescue Authority. During the exercise two Air Tractor aircraft from the Israeli Fire Fighting Squadron were directed to extinguish a burning field, from as high as 500 ft., more than four times higher than the average altitude of a standard aerial firefighting sortie. Using the HyDrop system each aircraft launched 1.6 tons of 140 gram liquid pellets in a computed ballistic trajectory, achieving a precise hit with saturation of 1-2 liter per 1 square meter. 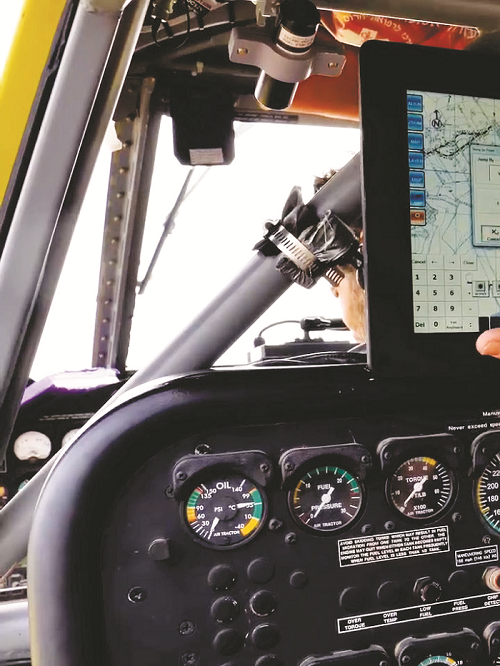 Since 1953, aerial firefighting has been carried out using liquid cascade drop methods that require sorties to be conducted at an altitude of a 100-120 ft. in order to reduce liquid loss caused by the aerosol effect. Such low-altitude flights are restricted to daytime due to safety concerns and Civil Aviation regulations. The experience from around the globe clearly shows that restricting aerial firefighting to daytime severely degrades its operational contribution. Addressing this needs gap, Elbit Systems developed the Hydrop system that enables a high-precision computed launch of bio-degradable liquid pellets from 500-2,000 ft., altitudes that are safe and certified for night flight by Civil Aviation. 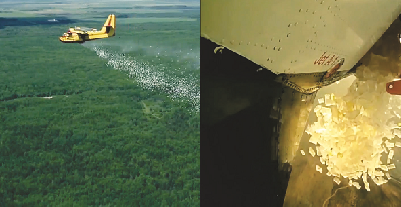 With Helicopter, fixed wing and heavy lifter configurations, Hydrop integrates fighter aircraft avionics including a ballistic computer, command and control (C2) system and advanced display systems, together with liquid pellets stored in a specially designed airborne dispenser. The C2 unit navigates the aircraft to the drop point while the ballistic computer produces an accurate launch trajectory, taking into account aircraft velocity, altitude, GPS location, wind conditions, and the weight and shape of the liquid pellets. In addition to lifting the restriction on night-time aerial firefighting, this high-altitude system improves pilots safety and increases the effectiveness of aerial firefighting, during day and night, by eliminating the liquid loss caused by the aerosol effect.

The Hydrop system includes a pellets manufacturing machine (static or mobile). Housed in a standard 20ft. container, the manufacturing machine can produce up to 10 tons of pellets per hour. The biodegradable pellets which can be filled with either water, foam or fire retardant, have been proved to have no harmful residues and their dropping has also been tested and found to be safe to crews on the ground.