So, what will be the big stories in 2019? Future supply base changes, app stores and use of SaaS in emergency response are just some of the trends discussed in our ninth annual white paper on trends for the year ahead. The predictions on the following are to provide some guidance on opportunities across security technologies.

Supply Base Changes in 2019 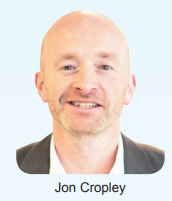 Supply to the professional video surveillance market has become more concentrated in recent years. The world’s three largest vendors accounted for 17% of market revenues in 2007 and 18% in 2012. In contrast, the top three accounted for 40% in 2017.

Recent years have also seen some acquisitions combining video surveillance vendors and vendors of other security technologies. These have included Hikvision acquiring Pyronix and Avigilon being acquired by Motorola.

vendors have themselves largely grown through organic means. The rate at which they have done this has been impressive. None of these companies were among even the ten largest vendors in 2005 and Hikvision and Dahua didn’t yet exist at the turn of the century. This shows just how quickly market shares can change and how quickly new entrants can grow.

There have been several new entrants to the professional video surveillance market in recent years (e.g., Motorola, Eagle Eye Networks, Amazon, Huawei). There will be more new entrants in 2019. Perhaps some of them will be among the market leaders of the future.