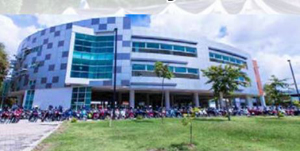 Naresuan University is a government university located in Phitsanulok province. It was established in 1990 following the upgrading of Srinakharinwirot University. Naresuan University is today the primary choice for education in the lower north and upper central areas of Thailand. Its campus is centred around a newly built four-storey university library and also features a newly built eight-storey multi-purpose domed building (the NU Dome), which caters to indoor sports competitions, graduation ceremonies and is home to a fabric museum, the student affairs division and various student clubs. The renovated Faculty of Medicine building housing Naresuan University Hospital is also on campus. 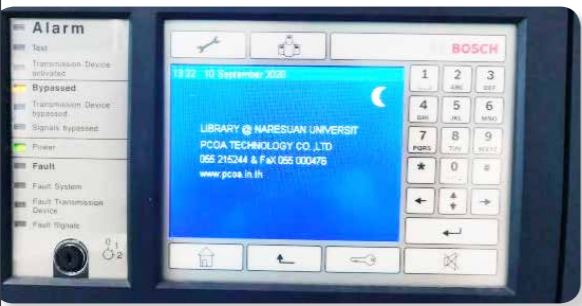 With these new builds and renovations, the University needed to consider new fire alarm, video surveillance and conference systems to ensure the security and safety of its students and faculty on campus.

A fire alarm fit for purpose

Reviewing the fire alarm system that had been installed in the Faculty of Medicine, the building auditor had concluded that the previous system was not compliant to fire safety regulations and had even resulted in some false alarms in the past. To protect the reputation and credibility of the University and to safeguard the lives of its students and faculty, a new, reputable fire alarm system was needed.

The new library also required a reliable fire alarm system that could detect a fire quickly to protect the high volume of books within its walls, and the new NU Dome, a multi-purpose building that is used as a venue to host large scale events with more than 3,000 people and consists of many breakout rooms, needed a robust system that could cater to its many spaces and separate zones. 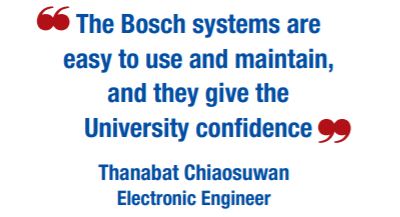 The Bosch FPA-5000 was the system of choice, selected for its reliability and ability to support the future expansion of the Faculty of Medicine. The system was specially designed to meet the building’s customised requirements, and thanks to the clever design by the Bosch team, the project was delivered under budget. Bosch Fire Monitoring System software is installed at the Faculty of Medicine which integrates all buildings and allows central monitoring of the fire alarm systems. The officers now have a full overview of the entire area, they can zoom in to check equipment and receive notifications by email. In addition, Bosch saved further on the budget by recommending a remote keypad instead of installing a new control panel. The system was also ideal to cater to the NU Dome’s multipurpose spaces, which required the installation of a total of 764 fire detectors. 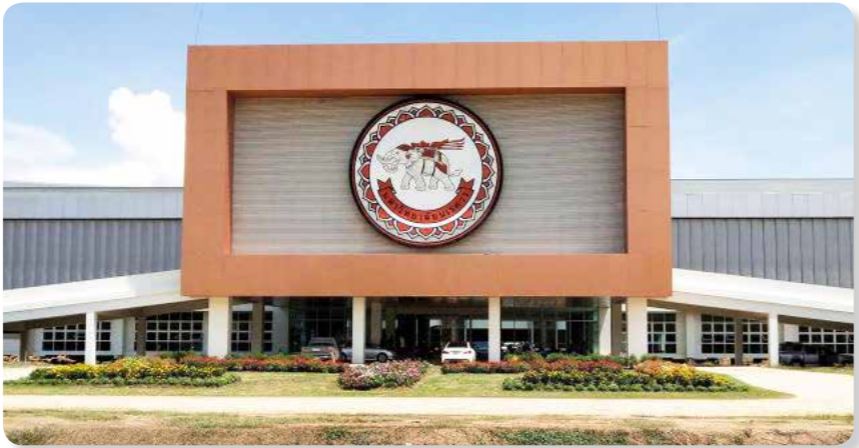 The University was looking for a video surveillance system that would integrate with its existing Milestone software and Bosch Video Surveillance System fit the bill. The system is installed in the library and outdoor car park around the library to provide an added sense of security to the multiple spaces.

The Bosch DCN Conference System was selected to support the meetings of professors, facilitate remote discussions between professors and students and support the University executives in their communications with partners and vendors. The conference system is user friendly and delivers high speech intelligibility with low susceptibility to mobile phones. It was used in most meeting rooms in the NU Dome. 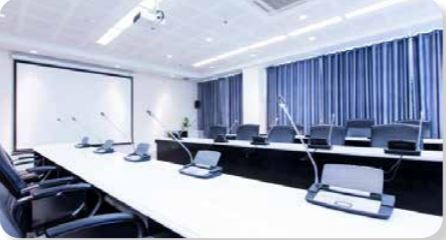 A sense of safety and security

The three Bosch systems installed in the key buildings in Naresuan University and Naresuan University Hospital streamline communications within and beyond campus, provide an enhanced sense of security in surveillance and early fire detection, make it easy for officers to monitor the grounds and ensure that false fire alarms are no longer an issue on campus.