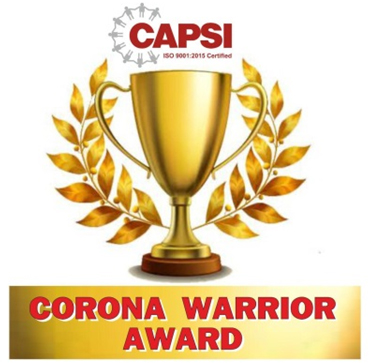 The declaration by the Government of India that the private security services are a part of the essential services during lockdown owing to the spread of Corona indeed came as a feather in the caps of the nine million private security personnel of the Indian private security industry (PSI). While majority of the nations’ population were confined to their respective homes, the brave security guards have been performing their duties outside their homes with utmost diligence and sincerity drawing the appreciations of all fellow countrymen.

Late Tayappa Balu More, the first Covid Casualty of private security guard, was employed with Checkmate Services Private Limited, Mumbai since 07 June 2012. When he breathed his last on 17 April 2020, he was performing his duties at Aditya Birla Centre, Nyloc House, Worli. He served at many important locations, but bulk of his tenure was at Aditya Birla Centre only. He was very reliable, sincere and dedicated to his profession and as a result often chosen for important assignments. Late Tayappa Balu More is survived by his wife and two children.

Combating all odds like unavailability of public transport, inadequate protective equipment, exposure to the dreaded virus, the security guards have stood tall. These Corona Warriors have come to light when they selflessly acted in the cause of humanity beyond their call of duty.

The Central Association of Private Security Industry (CAPSI), the flag bearer for the cause of the well-being of the PSI has taken cognizance of the grit and determination being displayed by the security guards under such unprecedented circumstances, and decided to honour those Corona Warriors who have displayed exemplary devotion to duty in their fight against the COVID 19 pandemic. A three member CAPSI Corona Warrior Award (CCWA) Committee headed by C Pal Singh, Former IG Police, Punjab, National Honorary Director General, CAPSI has been constituted to set parameters and select most deserving security guards and officers for the award. The Award comprises a Golden Trophy and a cash award of Rs.1,00,000. The Committee will assemble every month and based on the citations received, will declare the awardees.

Late Dashrath Waghmare Shankar joined G4S March 2005 and his last deployment was at Accurate Industrial Controls Pvt. Ltd., Pune. He stayed in Pune with his wife and 2 children. He performed his last duty on 07 April and died of COVID 19 on 12 April 2020 at the age of 48 years. G4S team provided all necessary supports to him and his family during and post demise. As per G4S policy, his family was paid with ex-gratia amount of Rs.75000 and funeral support of Rs.2500.

For the month of April 2020, the Committee has announced the names of Late Tayappa Babu More of Checkmate Services and Late Dashrath Waghmare Shankar of G4S Security for the Corona Warrior Award posthumously.

The award shall be presented to the next of kin (NoK) at a special awards ceremony to be organized at Delhi.