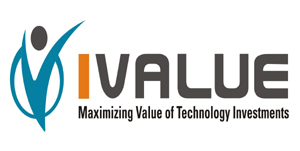 “The thermal solution is developed by using Pixuate’s intelligent thermal analytics solutions which accurately identifies heat signatures of people and sends instant alerts for all instances of elevated temperature in humans with the help of the feed that comes from Mobotix’s M16B camera which is a stereo camera with optical as well as thermal lens that is used to detect the face, match the region of the face in thermal feed and record highest temperature of the forehead/eye region. This will aid in the current fight against Covid-19 and any such pandemic situations the world may face in the future,” said Venkatesh R, Co-Founder and Head – Enterprise Channel Management at iValue InfoSolutions.

The thermal solution is primarily developed for situations like Covid-19 pandemic which can detect multiple people with elevated body temperature in a crowded and public environment like malls, bus stands, railway station which are a mass movement area. The software detects up to 30 people in a single frame for a temperature detection accuracy of +/-0.2 degree Celsius with ~1 seconds detection time. The other use of the thermal solution is to facilitate a contactless entry in office premises using facial recognition based biometric and cross verify the fever symptoms. This helps in social distance compliance, face recognition and mask detection.

Pixuate which is an artificial intelligence based video analytics company headquartered at Bengaluru has been recognized and supported by the Technology Development Board, Government of India’s nodal agency and also awarded as a winner of Elevate Program by Government of Karnataka.

Prathvi Palekar, Founder and CEO of Pixuate said, “For the post-COVID world, we launched thermal analytics that offers end to end automation for offices and public places to check compliance for COVID situation. This software is built on Pixuate’s proprietary deep learning based facial recognition engine and it can provide multiple analytics for a single camera feed such as temperature, mask check, social distance check and facial recognition. Along with thermal analytics, Pixuate also offers a suite of analytics for automation and surveillance intelligence such as contactless attendance, campus security and city surveillance.

“We are excited to have signed up iValue as a distributor for SAARC and Africa region, and expand to the market beyond our current presence in India and UAE.”

Mobotix who have a fleet of both indoor and outdoor cameras which are thermal, IP based video systems are a pioneer in the video security industry consider their video systems as computer lenses working intelligently and with embedded storage capacities with the German way of engineering and approaching things as this is appreciated as being particularly innovative and of high quality. Mobotix video systems have been optimized for remote applications and cloud-based technology because the cameras can reduce the bandwidth of the video by scaling the size and the frame rate.

This new technology collaborated between iValue, Pixuate and Mobotix will help the governments across the world and organizations by giving them a chance to fight not just pandemic situation in the future but also help in fighting crime, aiding forensic investigations, find missing people among other benefits.