Development progress of Akida Neural Processor technology, industry partnerships, and leadership expansion among highlights of the past year

BrainChip Holdings Ltd., a leading provider of ultra-low-power, high-performance AI technology, ended the 2020 calendar year having made significant strides in the development of its technology backed by the launch of its early access program (EAP), availability of Akida™ evaluation boards, new partnerships, and expansion of its executive leadership and global facilities. 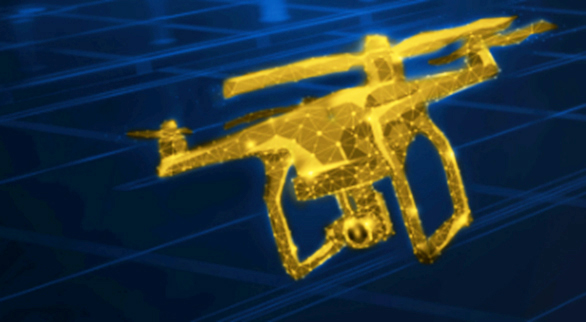 The company’s EAP was launched in June targeting specific customers in a diverse set of end markets in order to ensure availability of initial devices and evaluation systems for key applications. Multiple customers have committed to the advanced purchase of evaluation systems for a range of strategic edge applications including advanced driver assistance systems (ADAS) and autonomous vehicles (AV), unmanned aerial vehicles (UAV), Edge vision systems and factory automation. Among those joining the EAP include VORAGO Technologies in a collaboration intended to support a Phase I NASA program for a neuromorphic processor that meets spaceflight requirements. BrainChip is also collaborating with Tier-1 automotive supplier valeo corporation to develop neural network processing solutions for ADAS and AV.

This year, BrainChip partnered with Socionext, a leader in advanced SoC solutions for video and imaging systems, to provide a complete low-power AI edge network for vision, audio and smart transducers without the need for a host processor or external memory. The company’s partnership with Magik Eye Inc., developers of revolutionary 3D sensors that change how machines see the world, combines the best of AI with 3D sensing to provide a total 3D vision solution to customers for fast 3D object detection and recognition in applications, including robotics, automotive and emerging consumer products such as AR/ VR and others.

BrainChip began shipment of evaluation boards for the Akida Neuromorphic System-on-Chip (NSoC) in November. The evaluation board availability complements the company’s Akida development environment (ADE), a robust development environment that allows potential customers to design a neural network as a Convolutional Neural Network (CNN) and utilize the ADE workflow to convert the network to an eventbased CNN or develop a native Spiking Neural Network (SNN).

To support BrainChip’s growth throughout the year, the Company hired Rob Telson as Vice President of Worldwide Sales to lead commercialization efforts of the Akida Technology. He is also building an applications engineering team to best support customers and augment the company’s worldwide design, development and research groups. Todd Vierra joined the company as Director of Technical Sales, focusing on strategic customer adoption and implementation of the Akida neuromorphic processor in industries including aerospace, autonomous vehicles, medicine, cybersecurity and smart ‘edge’ devices, such as sensors and cameras. The personnel moves complement the company’s expansion with a Software Development Center in Hyderabad, India. The development center will concentrate on software and firmware developments to support Akida’s commercial implementation.

“This past year saw significant progress in the development of the Akida technology in terms of both market readiness and the increase in market possibilities that the solution will provide immediate impact in,” said Louis DiNardo, BrainChip CEO, “From adding partners to opening up our Akida Development Environment and Early Access Program, we are making consistent, measurable progress in bringing AI to the edge in a way that existing technologies are not capable. During December we signed an agreement to license the Akida IP to a major Japanese semiconductor company. We look forward to continuing this momentum throughout the upcoming year and beyond.”

The Akida Neural Processor technology, which is implemented in the NSoC, is a revolutionary advanced neural networking processor that brings artificial intelligence to the edge in a way that existing technologies are not capable. The solution is high-performance, small, ultra-low power and enables a wide array of edge capabilities. The Akida NSoC represents a revolutionary new breed of Neural Processing computing devices for Edge AI devices and systems. Comparisons to leading DNN accelerator devices show significantly better images/ second/ watt running industry standard benchmarks with MobileNet, MobileNet-SSD and Key Word Spotting, while maintaining excellent accuracy.

The Akida NSoC is designed for use as a stand-alone embedded accelerator or as a co-processor. It includes interfaces for ADAS sensors, audio sensors, and other IoT sensors. It also has highspeed data interfaces such as PCI-Express, USB, 12S and 13C. An on-chip MPU is used to control the configuration of the Akida Neuron Fabric as well as off-chip communication of metadata. The Akida NSoC represents a scalable solution utilizing a built-in serial chip to chip connectivity to allow up to 64 devices to be arrayed for a single solution.