Genomics England has recently expanded their Quantum ActiveScale object storage solution as part of an integrated environment designed to store, protect and provide access to hundreds of petabytes of genomic data. The solution enabled the organization to scale up from sequencing 100,000 genomes to millions while improving data resilience, controlling costs, and avoiding IT complexity. The implementation supports Genomics England’s commitment to sequence the genomes of intensive care patients with COVID-19 and other people with the virus, and is an example of Quantum’s leadership in storing and managing unstructured data.

Expanding Genomic work beyond the limits of an existing NAS system

Genomics England was established in 2013 by the UK’s Department of Health & Social Care to support the 100,000 Genomes Project – a ground-breaking effort to sequence whole genomes from a vast number of patients with rare diseases and common cancers. In 2018, the project was significantly expanded. The new goal was to sequence up to five million genomes over five years. 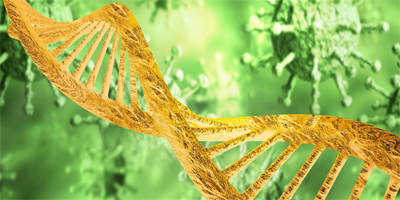 Unfortunately, the existing network-attached storage (NAS) system used for genomic data was not up to the task. The NAS, which held 21 PB of data, had reached its node-scaling limit. Genomics England needed something more scalable than existing NAS solutions – an infrastructure that could grow to hundreds of petabytes. A new solution also had to facilitate simple, flexible access to data by more than 3,000 researchers around the world.

The solution creates a two-tier architecture that combines flash storage plus an object storage system, which serves as a long-term data lake repository. The two storage tiers – each of which can be scaled independently – present as a single hybrid storage environment. As a result, researchers have the flexibility to query data in a highly randomized fashion.

Taking on new challenges during the COVID-19 pandemic

Within a few years of deploying the new storage environment, Genomics England needed to expand again.

The emergence of the COVID-19 pandemic in early 2020 presented new, urgent challenges for the global medical-scientific community, and Genomics England was in a prime position to help better understand who is susceptible to the virus. The organization committed to sequencing the genomes of up to 20,000 intensive care patients with COVID-19 plus up to 15,000 people with the virus who are experiencing only mild symptoms.

Around the same time that Genomics England was ramping up participation in COVID-19 research, the ActiveScale solution platform was acquired by Quantum. A Quantum team facilitated a smooth transition for Genomics England, which then expanded the object-storage environment from 40PB to more than 100PB.

Scaling was seamless. The ActiveScale system’s architecture is underpinned by its RAID replacement technology, with intelligent, dynamic placement of erasure coded data. That placement of data eliminates the need for system rebalancing which can compromise performance and availability.

ActiveScale object storage protects data and provides the resiliency that Genomics England needs for its critical work. The organization takes advantage of the geo-distributed capability of ActiveScale, an added strength of Quantum’s RAID replacement technology that spreads data and parity across multiple nodes in the storage grid. With ActiveScale object storage, the organization distributes data across three data centers, for full data protection against a major disaster such as site-loss. Data can continue to be accessed for reading and writing at the remaining sites and withstand additional hardware failures offering 19x9s data durability. 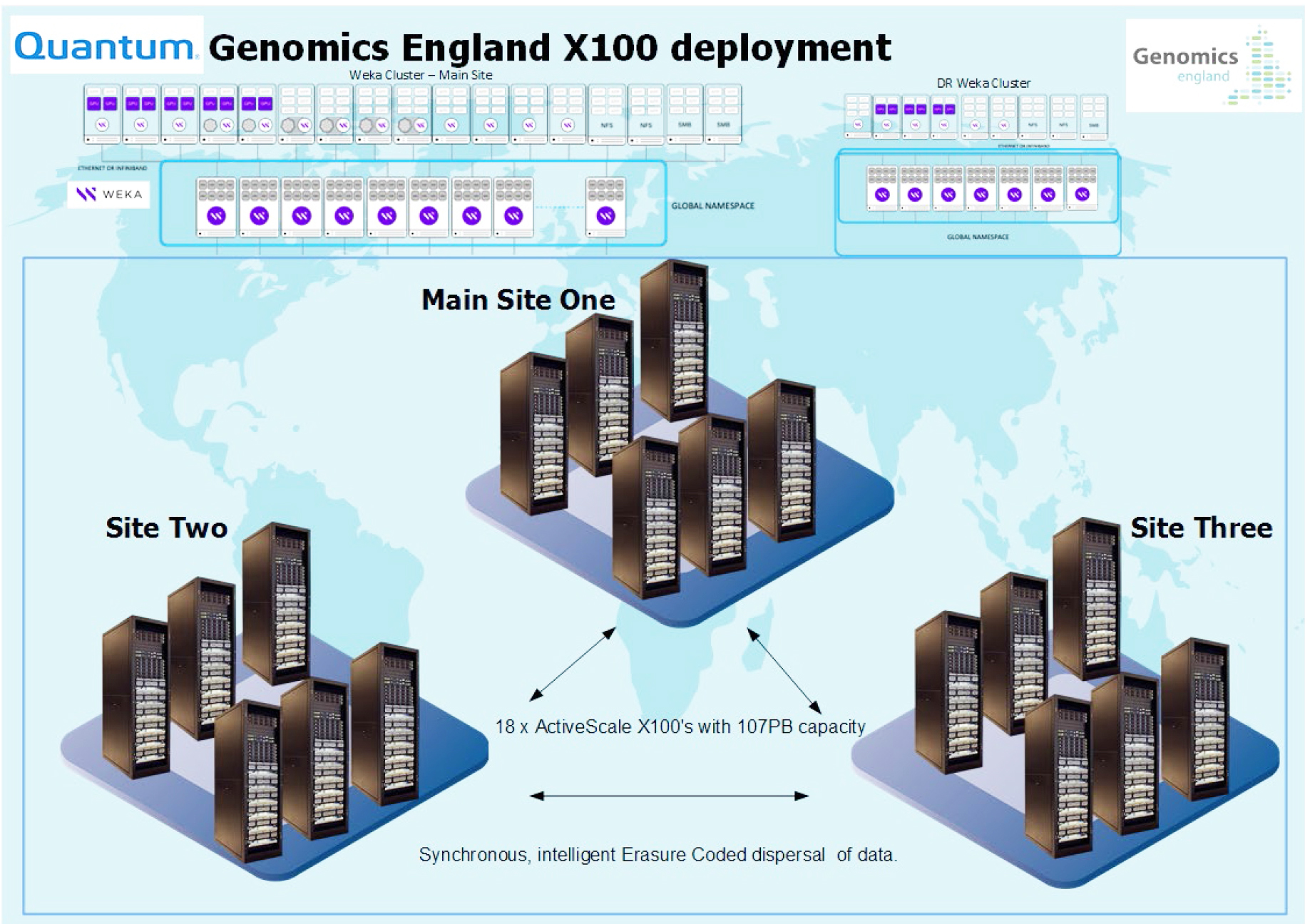 The storage environment is also helping to reduce costs. According to Nephos, the Genomics England team decreased storage costs by 75 percent per genome compared with the previous environment. The organization is expected to reduce costs by 96 percent by 2023.

Just as important, the Genomics England team has experienced these benefits without adding complexity. The new integrated storage environment makes it simple for researchers from around the world to store and access the genomic data they need for their work.