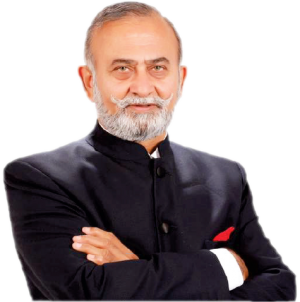 The booms and busts of economies and markets have consolidated businesses over decades. The word consolidation takes its origin from ‘Consolidatus,’ a Latin word which means ‘to combine into one body.’ Many of today’s mega companies have resulted from high profile business unions termed as Consolidation, Merger, Unification, Alliance, Amalgamation, Coalition or Collaboration etc. Consolidation within a business group refers to merging of several business verticals or different companies into a single larger organisation to improve operational efficiency by reducing redundant personnel and processes. Consolidation within a business sector is also the merger of several independently managed business entities which typically concentrates market share in the hands of a few large companies.

Stress conditions of Private Security Industry (PSI) were initiated by the ill-advised GST mode of applicability on the body corporate Private Security Agencies (PSAs) resulting in acute shrinkage of cash flows disabling budgets for expansion and growth. Any business which comes to standstill commences to deliver diminishing or negligible returns, and gradually goes sick and dies because of inflating costs and infrastructure maintenance. Additionally, COVID 19 shut-downs, downscaling, layoffs and closures have devastated many small and medium PSAs who were comfortably operating in niche sectors such as infrastructure, hospitality, malls, retail, entertainment, transport and more.

Private Security Industry (PSI) is a human resource intensive service sector and primarily existed on sourcing of migratory labour which has seen major disruption countrywide. The dust is yet to settle to allow the true picture to emerge. Favoured employers who practiced employee retention policies may feel the ‘pinch’ but it is the ‘marginal industry’ comprising SMEs with high employee turnover rates that have begun to encounter the paucity of manpower availability.

Bank funding and public financing are not easily accessed in the absence of sufficient acceptable securities.

Consolidation can strategically deliver differing values derived for meeting the strategic objectives of the consolidating businesses. It is important to mark that when private security agency owners (PSAOs) consider consolidation, merger, acquisition or sale they must reconcile their bottom lines with the fiscal realities of customers, employees, investors and regulators. Consolidation can also refer to the uniting of smaller PSAOs into larger companies through ‘suited arrangement.’

One of the driving forces behind consolidation is the operating efficiencies that often arise from mergers. The merged entities can merge existing operating structures and reduce any overlap. There usually exists an opportunity to realize significant cost savings as well as related fiscal synergies. Strategically, other objectives could be for gaining targeted or expanded geographical reach, a larger customer base, a broader product line etc. Consolidation alters the balance of power in marketplace and the competitive landscape and associated supply chains. However, the Mantra of the entire exercise is that there is sufficient to be left on the table for the next benefit. This will lead to a win-win situation.

SPARKLING EXAMPLES OF THE CONSOLIDATION

Consolidation is disrupting traditional competitive development and the economy. In banking sector we are experiencing major deployment of the consolidation strategy in merger of many strained or marginalized banks into a mega entity for the planned outcomes. On April 01, 2020 we witnessed the merger of the Oriental Bank of Commerce and the United Bank of India with the Punjab National Bank creating PNB as the second largest lender after the State Bank of India. Successful restructuring is likely to eliminate redundancies in back office operations like accounting, marketing, warehousing and technology resulting in efficiencies of service delivery and improved profitability.

The Confederation of Indian Industry (CII) is a successful strategic outcome of the coming together of three associations forming a larger and more effective entity that forcefully competes for Government recognition in influencing policy formation, regulation and development initiatives for its stakeholders.

A fine example of consolidated evolution in the global public accounting sector over the years is reproduced here. In 1986, nine large accounting firms dominated the industry. Then, in 1987, Klunveld Main Goerdeler (KMG) merged with Peat Marwick Mitchell to create KPMG Peat Marwick reducing the number of top tier players to the ‘Big Eight.’ Then in 1989, Ernst and Whinney merged with Arthur Young, and Deloitte Haskins and Sells merged with Touche Ross, further consolidating the industry to the ‘big six.’ In 1998, the merger of Price Waterhouse and Coopers & Lybrand created the ‘big five’ and the dissolution of Arthur Andersen in 2002 left the field to the ‘big four.’

The birth of these giants is the fruit of timely due diligence by the stakeholders who saw the light at the end of the tunnel to create bigger business models and success stories. Thus consolidations gave birth to these behemoths. One cannot afford to miss the power they wield today. I feel consolidation is the way forward for bulk of the players in the PSI under the current stressed market scenario.

A thought leader and an action catalyzer rolled into one – Anil Puri is a rare combination of a visionary, and one who has mastered the art of strategic and tactical thinking to the core. He has been using this combination to seed new ideas and to lead them to their implementations on ground. This has been a consistent feature of his career. He has been keenly watching the widespread turbulence in the PSI due to COVID 19. The pain is not temporary in nature but permanent in its attributes because of multiple factors. He visualizes that PSI is heading down to consolidation phase. Here he analyses the nuts and bolts of the consolidation and examines the option if consolidation can be one of the growth strategies in the current stressed market scenario.