Bosch has equipped the new Chinese mega-airport Chengdu Tianfu International with video security, a PA and voice alarm system, and a conferencing solution, ensuring safety and security for passengers and airport staff as well as enhancing comfort and ease-of-use for travellers. Chengdu Tianfu International, in Sichuan province, serves China’s quickly booming ‘garden’ megacity Chengdu, an emerging hub for commerce, culture, and finance – with the new airport pegged to be the third-busiest for airport traffic following Beijing and Shanghai.

The installation of the audio and video technology was customized for the unique architectural requirements of the airport complex, which opened this June, including two terminal buildings that reference the ancient Golden Sun Bird totem unearthed in 2001 from Chengdu City’s Jinsha Ruins. Due to the unique design of the terminal buildings, ‘standard’ security cameras were not appropriate for installation as the ceilings were far too high for traditional solutions. Placing regular cameras on this ceiling would drastically reduce the quality of their image feed and produce a poor viewing angle. 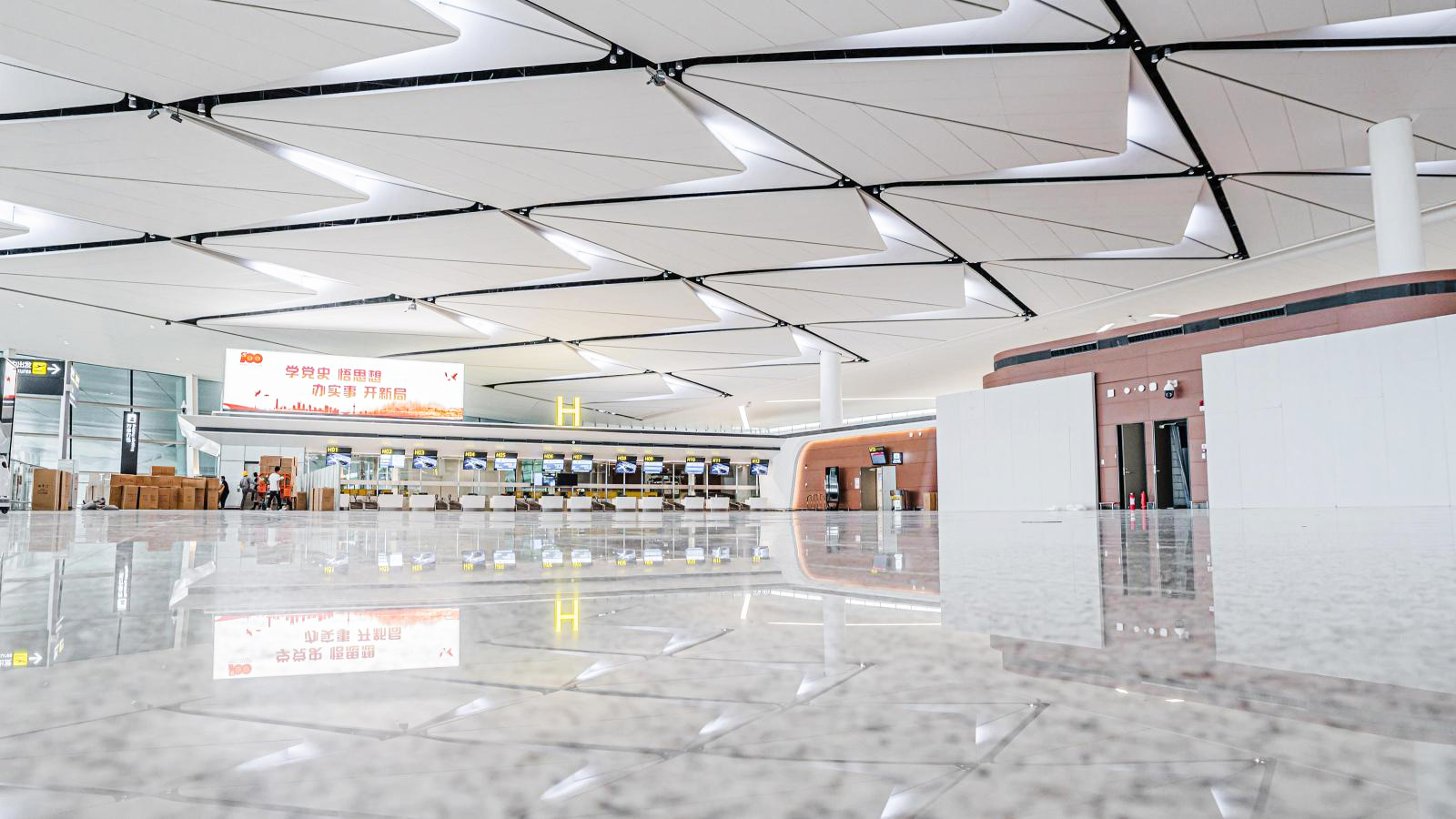 Instead, Bosch Flexidome panoramic cameras were integrated into the interior design of the building and were either installed on walls or concealed within information boards. Each panoramic camera is able to monitor a semi-circle area with a radius of 25 meters, a detection range of 25 meters in distance, and with a 180-degree viewing angle. This allowed the airport to install far fewer cameras, cutting the total number down by 75% from 4,000 standard cameras for a typical project of this scale to 1,000 panoramic cameras – thus saving costs on the cameras as well as on wiring and installation.

Additionally, competitors’ panoramic cameras usually use four lenses, reducing the image quality. Bosch Flexidome cameras, however, use just one lens – improving brightness, color, and clarity. The precision tracking capabilities and high-quality video stream of the cameras ultimately frees up human resources for the airport and allows incidents or events to be followed without additional staff on the ground.

In the flight area, the airport deployed four 4K-resolution Dinion IP cameras to monitor the runway. As this area of the airport is very long, stitching software is used to combine the images of these four cameras into one complete image, covering the entire runway and allowing Chengdu Tianfu to monitor the whole take-off and landing process.

As the interiors of the terminal buildings feature many glass surfaces, which cause sound reflections, Chengdu Tianfu needed to determine how to deliver a high level of speech intelligibility with minimal distortion, no matter where the passengers were located. The design team ran acoustic simulation software to ascertain how many loudspeakers were needed for the terminal areas as well as the placement of the arrays.

For flight announcements as well as voice alarm and evacuation more than 9,000 loudspeakers were installed, covering 700 broadcasting zones and integrated via a Bosch Praesideo system, assuring passengers can clearly hear announcements in all parts of the terminal. Additionally, announcements can be broadcast with accuracy to passengers travelling through other areas of the airport complex, such as the adjoining hotel.

Bosch also provided the Dicentis Wireless Conferencing System for the adjoining supporting airport offices. Meanwhile, the Praesensa public address and voice alarm system deployed at the airport hotel is integrated with the rest of the site, so passengers staying at the hotel can be alerted to ongoing events in the airport.

Due to these integrated sound and video systems, the airport is able to guarantee security and safety for passengers while also providing a seamless experience for customers and staff.