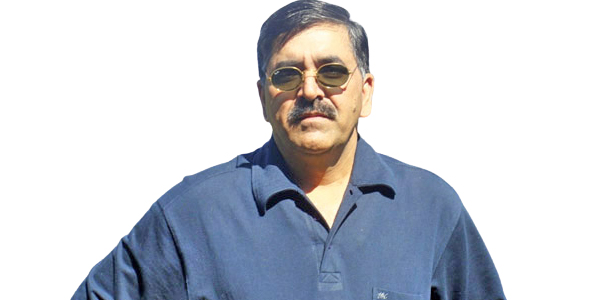 Contemporary terrorism varies from unlawful activity because it is motivated by specific political goals. Terrorists generally indulge in illicit activities such as murder, sabotage, blackmail, arson etc., which are indistinguishable from those criminals commit. But terrorists simply carry out these activities to achieve broader objectives such as ideological, social, political, religious etc. In order to achieve their ultimate aim, the terrorist organisations try to instil an incapacitating sense of fear within each individual in the targeted community.

All actions of terrorism are aimed at subverting the sense of security, causing disruption in the dayto-day life of the ordinary person and rendering the targeted community helpless. The main aim is to drive public opinion in favour of terrorists and put pressure on the government machinery to give in to the will of the terrorist organisations. This way, the targeted community becomes the tool in the hands of these inimical elements. Public support is very essential for terrorism to survive and thrive. According to the former Prime Minister of Israel, “Terrorism can have a highly demoralising effect. It takes away people’s self-confidence; it causes a feeling of defeatism. This negative thing should be fought against.”

The intent of terrorist organisations is not to kill people in thousands in their every act of terrorism. The only purpose of terrorism is to cause fear among the targeted populace. The best example of this is the targeted killing of Kashmiri pandits in Kashmir valley in 1989. Terrorists can achieve their aim even without carrying out an act of terrorism by publicising the threats and statements in print and electronic media. These days social media is the best platform to engage in psychological warfare. Because the media serve as an influential vector of risk transmission, we need to recalibrate the threat levels around us frequently. In this ‘risky’ world, we also must come to terms with the constantly emphasised threat of terrorism.

It is pertinent to mention that in concentrating on killings of civilians as targets by terrorist organisations, they violate the international norms of the rule of conflict/ war. Violent acts by non-state terrorist organisations against the targetted population for political drives are objectionable crimes that, when widespread or systematic, can be equal to crimes against humanity. The government’s responsibility is to protect its citizens from terrorist attacks. At the same time, government machinery must ensure that all counterterrorism measures respect human rights.

Terrorism creates several dilemmas. Firstly, we need security without compromising civil liberties. Secondly, we need forewarning without inducing unnecessary alarm. Thirdly, we need to invest in preparation for possible terror attacks without jeopardising our commitment to other significant responsibilities. Fourthly, we must be vigilant and cautious without paralysis and paranoia. Studies have shown that terrorist attacks affect the mental and physical health of persons exposed to terrorism. When terror strikes at the workplace, where people spend much time and should feel safe, the health consequences for those affected might be severe. When every routine activity requires calculating the risk of getting killed or injured in advance, this causes anxiety for both the combatants and civilians.

Regrettably, research on terrorism is intermittent, but some lessons have been learned, often painfully, from ongoing terrorism in India and worldwide, and we cannot afford to ignore them. Furthermore, the so-called ‘war on terrorism will fail if pursued only in terms of military power and increased physical security. ‘Without attention to the psychological side of terrorism, we risk losing the war because, in the final analysis, the psychological aspects of terrorism represent not merely one such battle within the war, they represent the war itself.’ (G S Everly, Psychological counterterrorism. Int J Emerg Ment Health 2003;5: 57-9).

As far as India is concerned, terrorism has been stimulated by political, social, ideological and ethnic factors that demolish the society’s fundamental fabric. India has been the victim of terrorism for the last seven decades, primarily cross-border terrorism. India has faced many terrorist attacks such as the Bombay attack in 1993, the Parliament attack in 2001, the Delhi blasts in 2005, the Mumbai Train attack in 2006, the Jaipur blasts in 2008, the 26/11 Mumbai attack, the Uri attack in 2016, the Pulwama attack in 2019 etc. The terrorists aimed to instil intimidation among the people of India. Presently, three major parts of India badly affected by terrorism are Jammu and Kashmir, Central India and the Northeast region.

According to David A Alexander and Susan Klein, the psychological impacts of terrorist attacks have not been well documented. However, there is wide-ranging literature on how affected persons and communities typically react to significant trauma. Most reactions at the early phase post-trauma are normal; few individuals display florid psychopathology. The psychological impacts could be summarised as under:

How best can we cope with the psychological impacts of terrorism?

Every so often, it looks like the world is turning into a life-threatening place due to terrorism. Daily we come across the news about bombings in public places, shootings, and other incidents of volatility and irrational violence against people worldwide. It has made us conscious of our susceptibility. Our fears are reinforced with each incident of a violent attack in society. Due to this, many of us have increased anxiety and fear as we go about our daily lives. If this sense of fear is ongoing, it can make it difficult to concentrate at work. It can result in stress-related illnesses and affect our quality of life.

Undermentioned are some coping strategies to defeat the psychological impacts due to terrorism.

Though the psychological effects of terrorism are almost inevitable, little is known about the specific impact on certain sections of the population or how people will react to the situation arising out of an act of terrorism. But it is proved that young people, survivors of past traumatic events, and those with prior psychiatric ailments may be vulnerable to the psychological consequences of terrorism. Happenings in close proximity, longer duration, and greater intensity might be expected to result in aggravated psychological impacts.

The primary purpose of terrorists and an essential source of effectiveness is their capability to inflict fear, anxiety, and disturbance without actually carrying out the acts of terrorism. When terrorists are intermittently silent after the terror attacks, they reinforce greater fear and anxiety in people.

Terrorism and the threat of terrorism will have psychological significance for a substantial portion of the population, not merely a tiny minority. To improve the overall health and well-being of the people and make them capable of responding to acts of terrorism effectively, these potential consequences must be tackled preventively and throughout the phases of an incident as and when it happens.

Colonel B S Nagial (Retd.) is a third generation Indian Army Officer, retired in 2019 after rendering three decades of service. He spent 15 years in fighting terrorism. He has also been the Director, Academy of Proficiency & Training, Tricity, Chandigarh. Various articles and research papers have been published in his name in Times of India, Times of Israel, Daily Excelsior, CLAWS, SecurityLinkIndia etc. Major areas of interests are National Security, Counter-terrorism and International Relations.