On June 3, 2019, when a man couldn’t produce credentials at Mayport Naval Station, he gunned his engine and attempted to enter. The security staff activated their vehicle access barrier, a Delta DSC501, to pop out of the ground. The vehicle crashed into it and was brought to a standstill. The violator was taken to the hospital and died two days later. 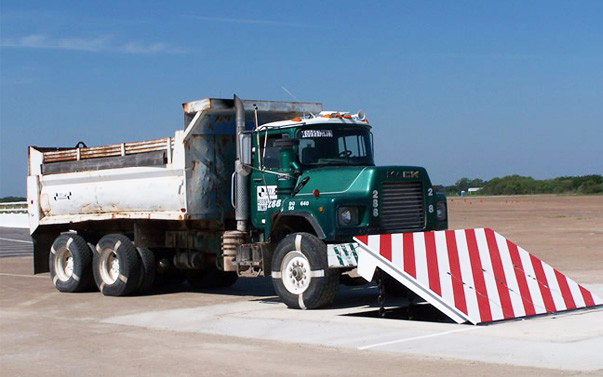 Eight days later, on June 11, a man, driving a Ford F-350 truck, also tried to get on base. Again, the DSC501 popped out of the ground and the attacker collided with it where the truck was stopped in its tracks. The violator was arrested and is now facing state and federal charges.

“This high security barricade was originally designed for the U.S. Navy and has also been selected for use at U.S. Embassies, among many others. Set in a foundation only 18 inches deep, the Delta DSC501 is able to survive and operate after a 1.2 million foot pound impact,” attested Greg Hamm, Vice President, Sales and Marketing, Delta Scientific, “In testing, the DSC501 not only stopped and destroyed a 65,000 pound (5.4 million foot-pounds) dump truck but the barricade continued to stand, preventing a potential second attack.”