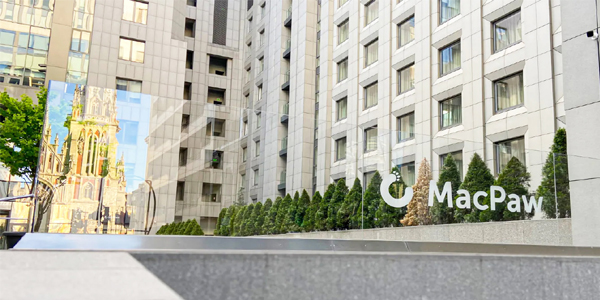 Ukrainian product company that has been creating and distributing apps for macOS and iOS since 2008. MacPaw products include CleanMyMac X, Setapp, The Unarchiver, and others. The company’s flagship product – CleanMyMac – has more than 25 million downloads and users in more than 180 countries around the world and even in Antarctica. Various MacPaw apps are installed on every fifth Mac in the world.

MacPaw started with one man’s passion for Apple technology. The founder of MacPaw, Oleksandr Kosovan, wrote the first version of the CleanMyMac app that has already been downloaded 25 million times and has 12 language localisations. MacPaw started in a dorm room as befits a startup and quickly grew into an office space of over 3,000 m².

Today, the MacPaw office space is a model for many IT companies – renovation in style, numerous meeting rooms, a terrace, a gym, a room for relaxation and meditation, an amphitheater area for presentations, two cats, and one of the largest displays of rare Apple equipment in the world. And indeed, a state-of-the-art office requires a state-ofthe-art security system.

Upgrade security and integrate it into the smart office system

The office space developed and grew, and more and more equipment from various manufacturers appeared in it, as well as self-developed solutions. Eventually, one part of the space was protected by the old wired system, and the other was controlled by the very first Ajax wireless detectors connected to the wired alarm system via the ocBridge integration module.

The technical heritage included devices of different generations and capabilities: 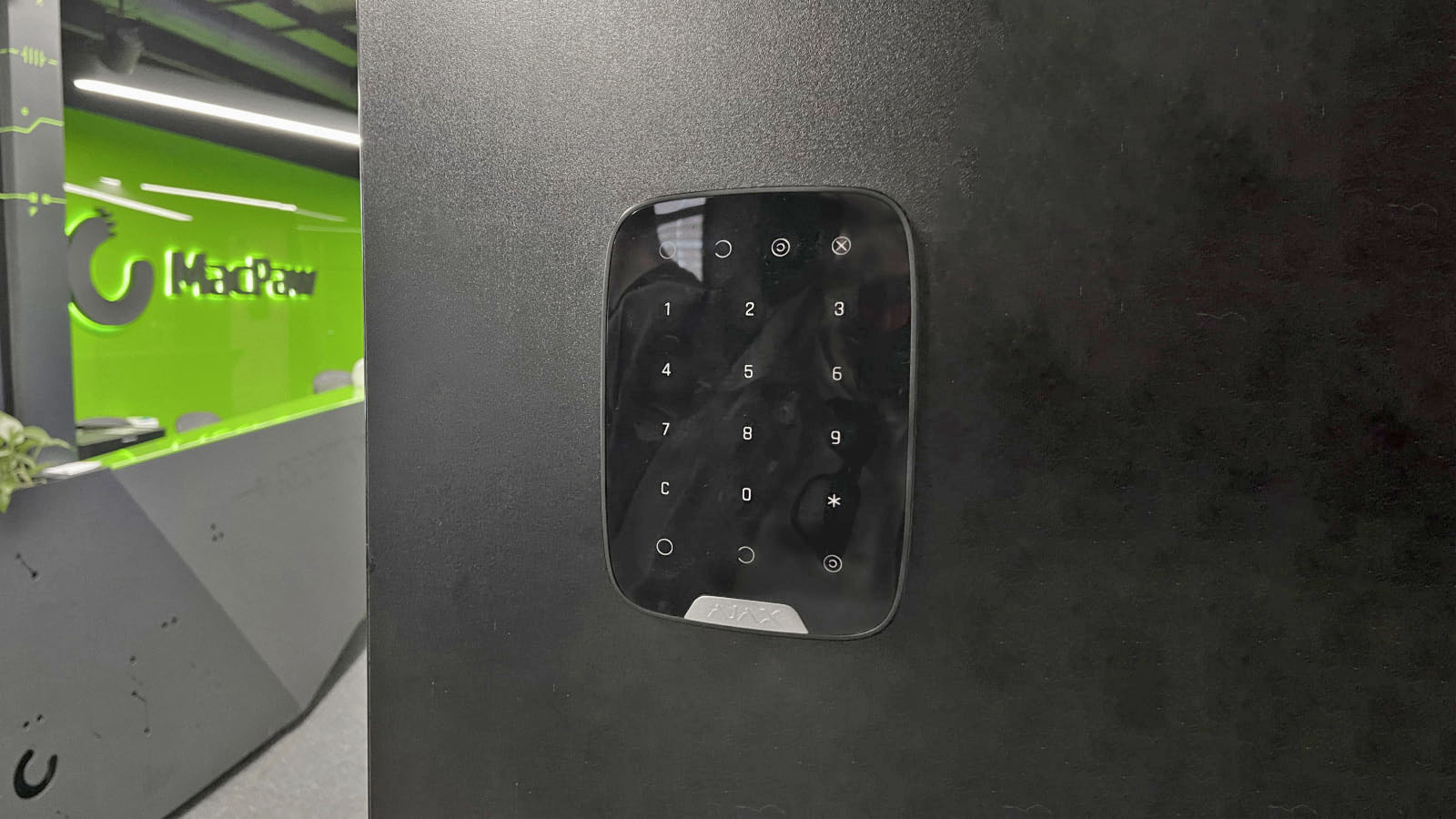 All this variety of technologies had to be expanded with an anti-flood system and then integrated with an app that every team member will have on their iPhone.

MacPaw made a balanced decision to integrate the outdated wired detectors into the cutting-edge Ajax system. This approach provides an opportunity to immediately use the benefits of Ajax and eventually expand the horizon of possibilities for further improvement. In general, the solution for MacPaw consists of hardware and software parts. First, the renovation of the security system was carried out, which made it possible to integrate new functions into the company’s app for the office. Let’s walk through the process step by step.

The first step was to replace the outdated control panel with Hub 2 Plus. The company decided to gradually switch to Ajax security equipment. Hub 2 Plus supports 200 devices and users.

Photo verification and constant software updates make this hub future-proof. Hub 2 Plus has four independent communication channels – the security system is always online thanks to the Ajax Cloud server, which opens up vast software integration opportunities.

The previously installed Ajax wireless detectors were simply added to Hub 2 Plus. Installers and the MacPaw security team immediately saw complete information about the devices: signal level, battery level, and temperature. The security team can now remotely change the sensitivity level or deactivate the detector. With the old control panel such capabilities would have been unthinkable.

For example: Previously, the security team could not see the exact charge level of each detector because the detectors were not connected to the Ajax hub. The team had to check each detector manually to know which one needed a battery change. From now on, the company receives the notification and knows when the battery change is required in advance.

The second step is to connect third-party wired alarm system to Ajax via the MultiTransmitter integration module. The module has 18 wired zones for connecting devices and tampers that support four contact types: NO, NC (without resistor), EOL (NC with resistor), EOL (NO with resistor). Three Multi Transmitter modules were required for the part of the MacPaw office with the third-party wired detectors installed. More than 50 wired detectors were integrated with Ajax. The old wired system got a second life.

MacPaw office certainly has its specific, such as long narrow rooms and non-standard interior solutions made of various materials. In addition, there are many devices generating electromagnetic fields in the office. All this affects the radio signal. Two ReX radio signal range extenders were installed to ensure stable communication between the Ajax detectors and the hub. Due to the office layout, the range was not as crucial as the radio signal strength.

From now on, the entire MacPaw security system is connected to the Ajax control panel. This opens the potential for further security system development and closer integration with the MacPaw smart office.

The Ajax system is connected to a security company monitoring station.

The third step was to build a flooding prevention system. After updating the security system, it’s time to add new detectors – LeaksProtect.

The LeaksProtect wireless leak detector is active 24/7. The detector does not require installation – it is enough to place it in the spots of potential water leakage. Relay was added to the system – in case of water leak, the relay sends a signal to the smart office system that sends a command to shut off the water. This linkage creates an office anti-flood system. In the app, the admin of the system will see exactly where the water leak occurred. The event log shows the time when LeaksProtect has triggered and the room.

The software part: New options to control the office space

MacPaw has a smart office system, and every team member can access its app. This app is MacPaw’s custom solution for the company usage. The app controls the level of light, doors opening, or, for example, roller shutter in the amphitheater area, allows booking meeting rooms, etc. At the same time, the integration with the old security system did not give sufficient flexibility and restrained the app and the smart office system development.

The solution is access to Enterprise API that allows integrating Ajax capabilities into third-party apps. Thus, MacPaw provided Ajax integration with the company’s app, and the team can control office space from a single app.

Thus, MacPaw has completely renovated the security system and integrated it with a smart office. The company has made a balanced decision, integrating the already installed old wired system into cutting-edge Ajax technologies.

“Ajax Systems is a world-class security system. It is especially nice that such an innovative, high-quality and world-recognized product was created in Ukraine” said Oleksandr Kosovan, Founder and CEO of MacPaw.

“We trust Ajax with the security of our office. To us, one of the advantages of Ajax is the additional integration with the SmartOffice system, that, among other things, automatically turns off the lights in the entire office when it is armed. Also, it is possible to provide personal keys or passcodes for security issues, so more team members can now securely close the office. And when it comes to changing the office configuration, you don’t need to redesign the entire system – just add the new detectors you need. Basically, the security system renovation and the transition to Ajax opened up new opportunities for the further development of the security system,” said Oleksandr Kosovan, a Co-founder of the SMRK Investment Fund. In 2015, the fund became the first investor in Ajax Systems with the investment amount of $1 million.