The key of the future is digital, and it offers more features than its analog predecessors – impossible to lose or steal, and there is never a need to search for it. That is because it is stored securely and specifically for each user in a smartphone app. “Our Perfectly Keyless app is making conventional vehicle keys a thing of the past. Bosch is taking the car key into the digital realm and making it available anywhere, anytime,” says Harald Kröger, President of the Bosch Automotive Electronics division. 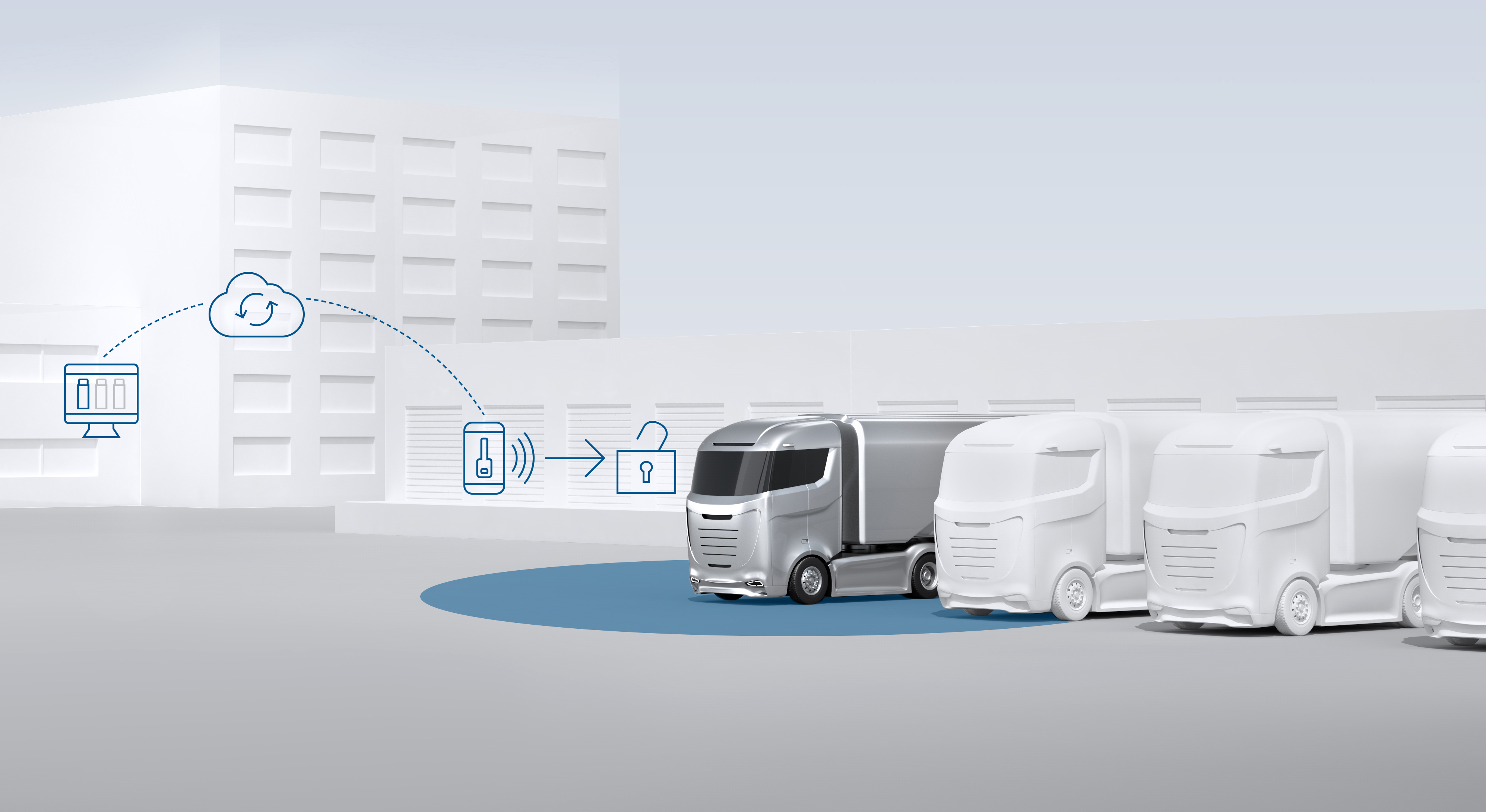 With Perfectly Keyless, the smartphone replaces the analog vehicle key. This concept can offer owners of private vehicles increased convenience, but where it really shines is in vehicle fleets with multiple drivers. No more key handovers – fleet managers and logistics providers simply use the app to give drivers access to the vehicles. “Bosch’s digital vehicle key gives fleets a boost towards greater connectivity,” Kröger says. The company believes there is a huge market for its solution, which is making its world debut at the IAA Commercial Vehicles in Hannover. The potential customers include some 15,000 logistics providers in Germany alone. Most of them manage at least a dozen vehicles and drivers.

Row upon row of hundreds of keys hanging on large boards – logistics providers still often use this method to organize the keys to their fleet vehicles. A missing key triggers a massive search operation. But every minute counts, especially with commercial vehicles. After all, if a truck isn’t moving, it’s not making any money. At the core of the new system is an app that dispatchers and truck drivers both have on their phones. This makes it 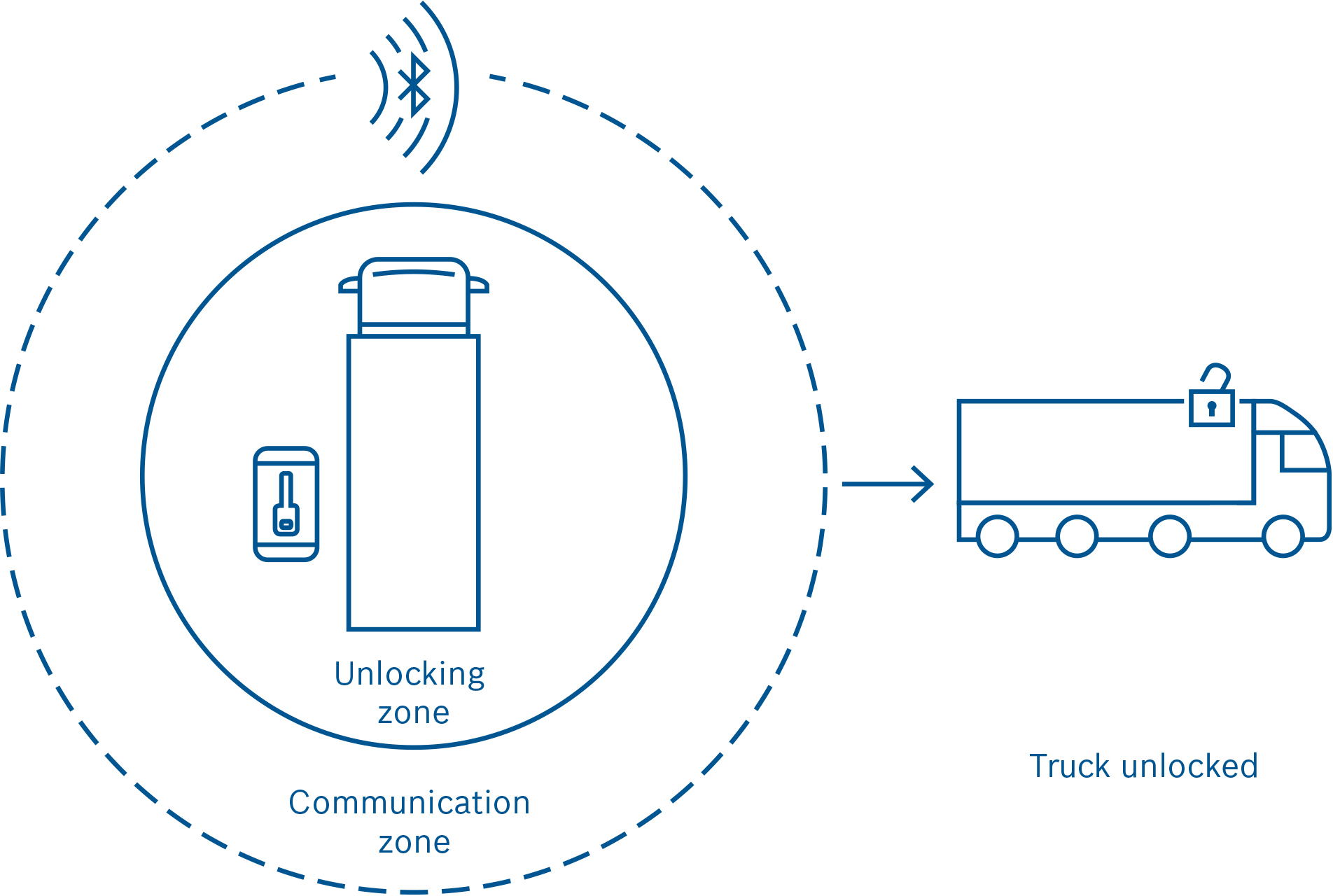 possible to grant vehicle access with just a few clicks. In the future, the Bosch solution will also allow logistics providers to completely integrate digital key management into their dispatch and scheduling systems. As soon as dispatch is assigned drivers and trucks to a route, the system automatically generates digital keys for the vehicles and sends them to the drivers’ smartphones. If the route scheduling changes, the software adjusts the keys accordingly. “Thanks to Bosch’s fully digital key management, logistics providers enjoy both security and flexibility in their planning. This is the only way the logistics of the future will be able to function efficiently,” Kröger says.

Bosch digital key management connects trucks and the smartphone app via the cloud. Dispatchers or fleet managers use the app to assign a truck to a driver for a particular route. Perfectly Keyless generates a personal, 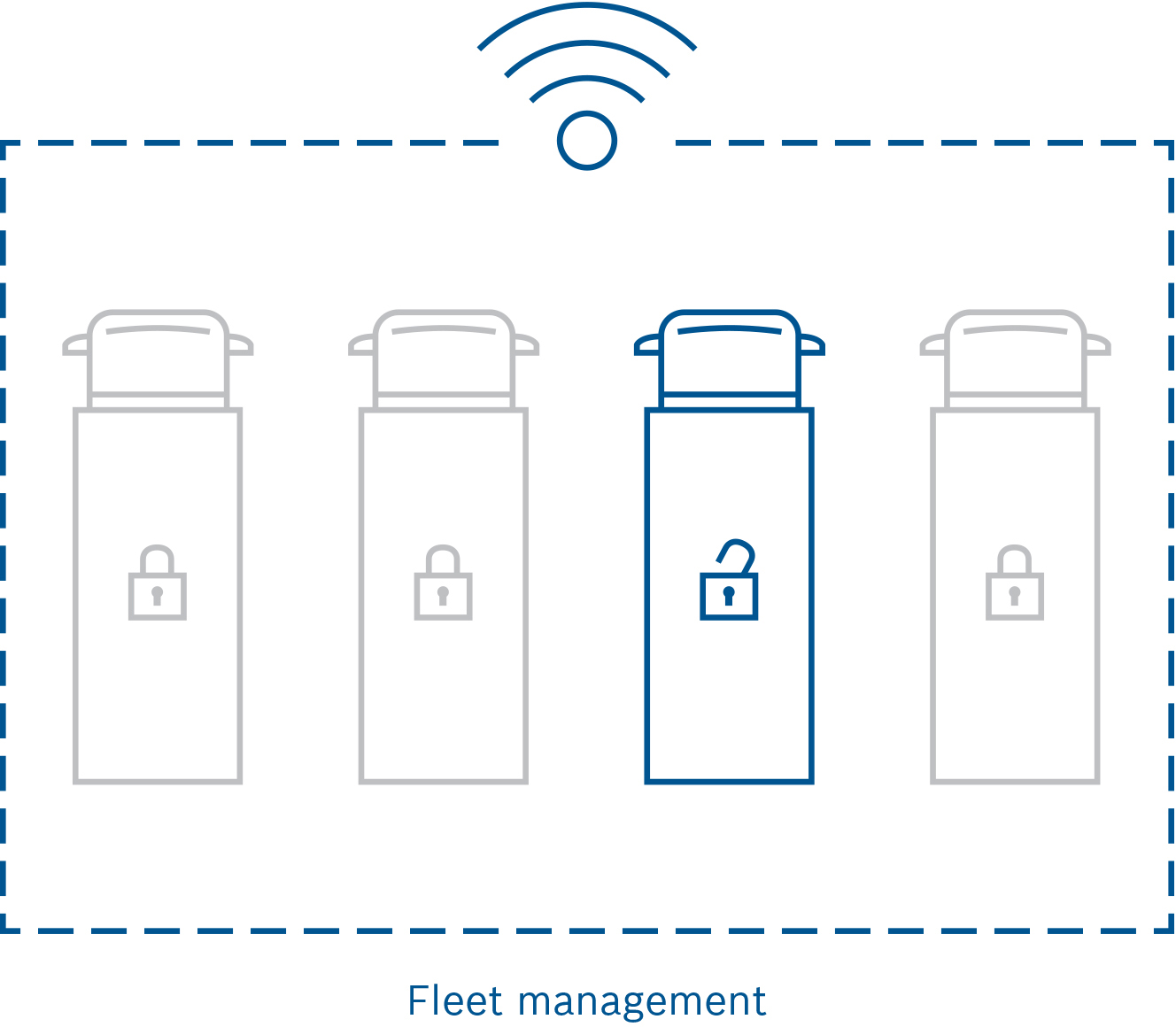 secure digital key and sends it via the cloud to the truck and to the driver’s smartphone. As the driver approaches the assigned truck, the sensors installed in the truck detect the smartphone via a wireless connection. The vehicle doors will open only if the key on the phone ‘fits’ the digital lock in the vehicle. These sensors can also tell when the driver is in the driver’s seat, and the engine starts up as soon as the driver presses the start-stop button. When the driver gets out of the car at the end of the journey, the system detects this and automatically locks the doors.

But what happens if the smartphone’s battery dies, or the device has gone missing? In the future, the vehicle key in the smartphone will work even if the phone battery is dead. In that case, the phone and truck will communicate using near-field communication (NFC), a wireless protocol for sharing data over short distances. Bosch plans to make it the ‘double hull’ of its solution. If the smartphone is lost or stolen, and the app with it, the digital key can be simply deactivated online, thus blocking access to the vehicle. It cannot be opened and started until the fleet manager uses the app to provide another driver or a new phone with access to the truck.