In real life a person rarely wants to be seen as someone other than himself. The misrecognition problem is not only time consuming, dignity compromising, but also life threatening in lots of cases where certain dangerous people are not correctly identified in time. This mistake is no longer affordable to make in today’s context, whether for an individual, a group, or the society as a whole. 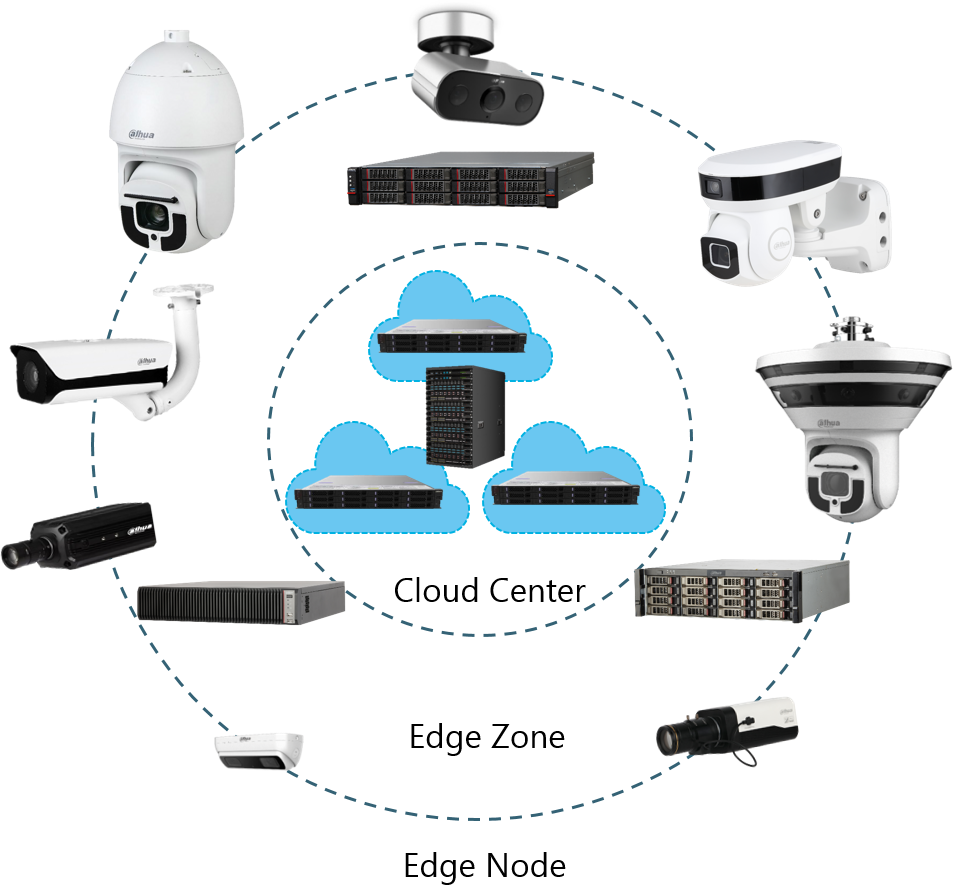 Fortunately the facial recognition technology has matured and the security solution based on the technology is being widely used across the world. Dahua Technology is especially good in this realm and it has been proved by multiple championships and new records made in major international challenges including multiple object tracking challenge, the KITTI 2D object detection evaluation 2012, KITTI flow benchmark, Task [word recognition] of incidental scene text challenge and Born-digital image challenge.
It is necessary to explain some basic rules concerning how facial recognition works before the tour to see how Dahua Technology’s products & solutions are applied in various daily scenes. Simply put, big data is useless if the accuracy and efficiency of facial recognition has not been improved to certain levels.

The face detection, whether from a snapshot or from a stream of video, requires not only a high-quality camera but more importantly, a smart AI algorithm that optimizes the image captured in multiple angles or blurred in motion, and translates the face feature into digital model which can be crosschecked in the database. The whole process, from taking the picture to comparison, takes as short as 300ms.

Suppose there is a Tom, a middle level manager in his mid-30s. Let’s follow Tom for a day and see how Dahua Technology’s facial recognition solution plays its role in his perfectly ordinary life.

Tom hurried to his company on the 30th floor of a class A office building, the kind with additional barriers in the lobby between the front gate and elevators. There were long lines in front of the access control machines. Tom reached into his pocket and unfortunately found his access card wasn’t there.

But Tom should not worry anymore because the building had just updated the security system with Dahua facial recognition solution, which overcame various shortcomings of traditional ways of card or fingerprint scanning including low efficiency and inadequate security. Comparing to a card, apparently it is much less likely for one to lose/ replicate/ borrow a face. The access control was no longer a gamble if one’s fingerprint works.

Here is how exactly Dahua facial recognition solution works in this scene. The powerful cameras blessed with deep learning AI detect the faces and digitalize the features, and compare them purely through numbers with the ones in database which takes less than 1 second. The beauty of the solu tion goes both ways since the company no longer needs to make a card or import finger prints for the newly employed but simply upload their photos into the database that contains up to 10,000 faces.

Besides offices, this solution can also be applied to any place that has a high standard for access control like customs, schools, residential communities etc.

Tom stepped into a bank. On behalf of his company, Tom had some serious business to discuss with the bank, which, at this hour, was full of people. Before Tom started to worry about the time to be spent waiting and if he could make it to the next meeting on time, he heard his last name called and was led into the VIP room.

Now how did the bank manage to do that? Not by human efforts for sure. No clerk could remember each and every face and match it with a particular name and particular business without making any mistake. That’s why facial recognition solution is essential to the business. The immediate detection of a VIP face could be easily matched with the white list in database – no delay or misidentification and all VIP treatment. This goes not only for banks. Hotels, hospitals and casinos alike will also benefit from this solution that secures the proper respect those exceptional customers deserve.

Tom went to the vault of the bank for the first time in his life. He was happy that now he was trusted by the company with such important mission. He walked fast and went in front of the escort. But before he could raise his hand to touch the door of vault, a warning siren was triggered. The escort, with a reassuring smile, caught up and patted on Tom’s shoulder and explained the whole situation to him.

No unauthorized personnel, be it Tom or Jerry, could intrude the sensitive areas blessed with Dahua facial recognition solution. The face captured and automatically optimized by the camera would be put into real time comparison with the authorized faces in data base and the low percentage of similarity, from a pure mathematical point of view, would immediately trigger the alarm.

After a long day’s work, Tom went to see a football game with a friend. The show began even before they entered the stadium because they saw an infamous football hooligan got rejected and taken away outside the entrance gate. Tom, who have been through plenty of adventures during the day figured out what had happened.

Tom’s friend, who happened to be an employee of Dahua Technology, took the chance to explain how Dahua facial recognition solution informed the security force to deal with any persona non grata on the black list as soon as they showed their faces.

Of course, this solution could be widely applied to other areas like airports, train stations, or in other words, city management.

So, this was a day in Tom’s life, which was endowed with some dramatic coincidence but totally realistic in every scene. These examples were far from exhaustion of all the possible applications of Dahua facial recognition solution that fully activates big data gathered and thus spawns many creative applications in terms of security and business, resulting indeed into a safer society and smarter living, as has always been envisioned by Dahua Technology.