Breaches Pose Growing Risk for Small Businesses, Costing up to 5% of Annual Revenue

IBM Security has recently announced the results of its annual study examining the financial impact of data breaches on organizations. According to the report, the cost of a data breach has risen 12% over the past 5 years comparison of the average global cost of a data breach from the 2014 Cost of as Data Breach Report to the 2019 report, which now costs $3.92 million on average. These rising expenses are representative of the multi-year financial impact of breaches, increased regulation and the complex process of resolving criminal attacks. 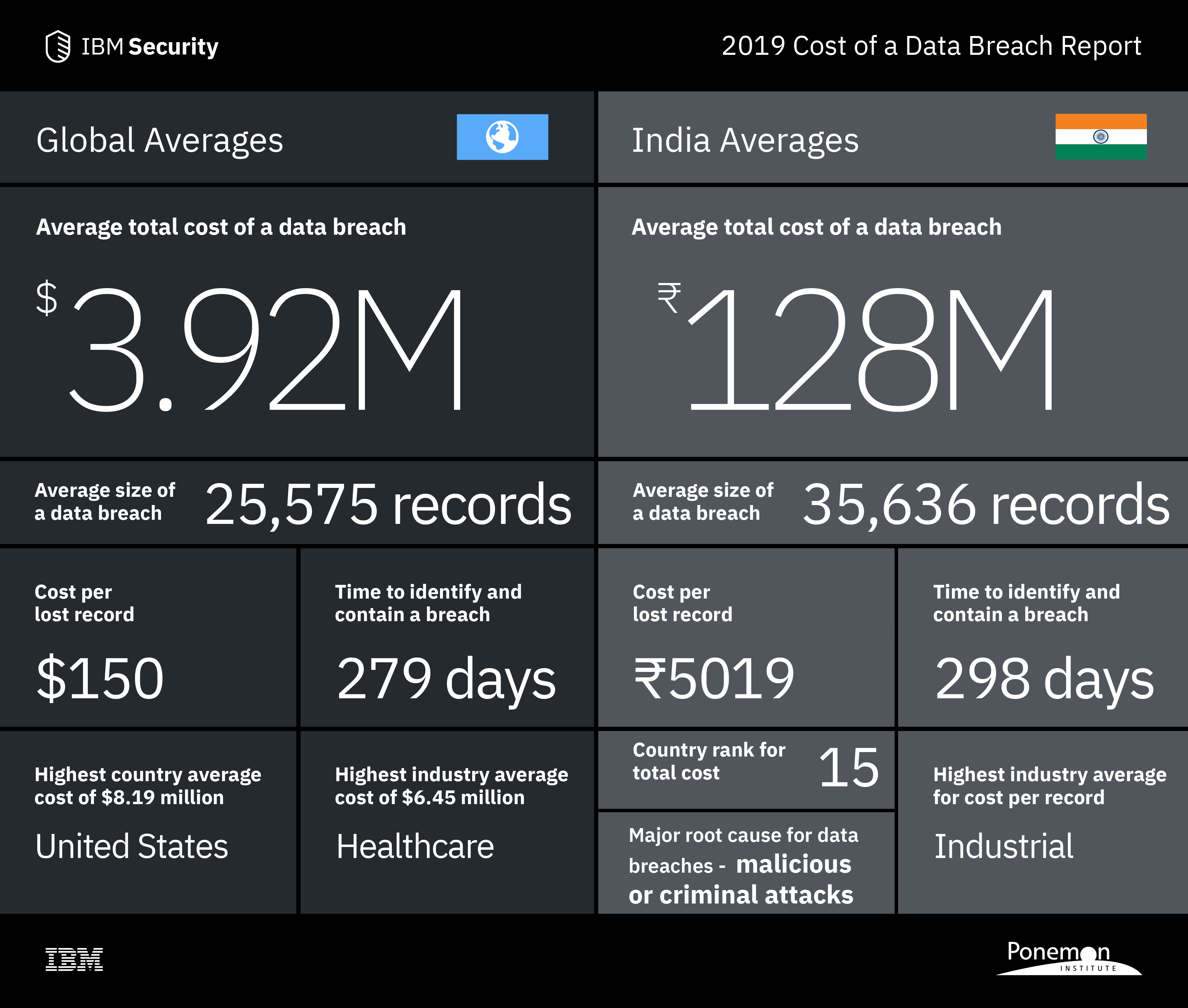 The financial consequences of a data breach can be particularly acute for small and midsize businesses. In the study, companies with less than 500 employees suffered losses of more than $2.5 million on average – a potentially crippling amount for small businesses, which typically earn $50 million or less in annual revenue.

For the first time this year, the report also examined the longtail financial impact of a data breach, finding that the effects of a data breach are felt for years. While an average of 67% of data breach costs were realized within the first year after a breach, 22% accrued in the second year and another 11% accumulated more than two years after a breach. The longtail costs were higher in the second and third years for organizations in highly-regulated environments such as healthcare, financial services, energy and pharmaceuticals.

“Cybercrime represents big money for cybercriminals, and unfortunately that equates to significant losses for businesses,” said Wendi Whitmore, Global Lead for IBM X-Force Incident Response and Intelligence Services, “With organizations facing the loss or theft of over 11.7 billion records in the past 3 years alone, companies need to be aware of the full financial impact that a data breach can have on their bottom line – and focus on how they can reduce these costs.”

Some of the top findings from this year’s report include:

The study found that data breaches which originated from a malicious cyberattack were not only the most common root cause of a breach, but also the most expensive.

Malicious data breaches cost companies in the study $4.45 million on average – over $1 million more than those originating from accidental causes such as system glitch and human error. These breaches are a growing threat, as the percentage of malicious or criminal attacks as the root cause of data breaches in the report crept up from 42% to 51% over the past six years of the study (a 21% increase).

That said, inadvertent breaches from human error and system glitches were still the cause for nearly half (49%) of the data breaches in the report, costing companies $3.50 and $3.24 million respectively. These breaches from human and machine error represent an opportunity for improvement, which can be addressed through security awareness training for staff, technology investments, and testing services to identify accidental breaches early on. One particular area of concern is the misconfiguration of cloud servers, which contributed to the exposure of 990 million records in 2018, representing 43% of all lost records for the year according to the IBM X-Force Threat Intelligence Index 2019.

For the past 14 years, the Ponemon Institute has examined factors that increase or reduce the cost of a breach and has found that the speed and efficiency at which a company responds to a breach has a significant impact on the 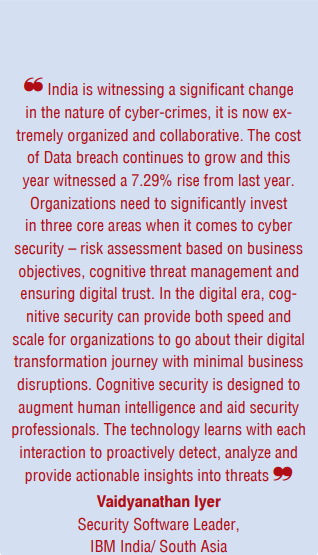 This year’s report found that the average lifecycle of a breach was 279 days with companies taking 206 days to first identify a breach after it occurs and an additional 73 days to contain the breach. However, companies in the study who were able to detect and contain a breach in less than 200 days spent $1.2 million less on the total cost of a breach.

Additional factors impacting the cost of a breach for companies in the study included:

Additionally, organizations in the Middle East reported the highest average number of breached records with nearly 40,000 breached records per incident (compared to global average of around 25,500.)

For the 9th year in a row, healthcare organizations in the study had the highest costs associated with data breaches. The average cost of a breach in the healthcare industry was nearly $6.5 million – over 60% higher than the cross-industry average.

IBM Security offers one of the most advanced and integrated portfolios of enterprise security products and services. The portfolio, supported by world-renowned IBM X-Force® research, enables organizations to effectively manage risk and defend against emerging threats. IBM operates one of the world’s broadest security research, development and delivery organizations, monitors 70 billion security events per day in more than 130 countries, and has been granted more than 10,000 security patents worldwide.