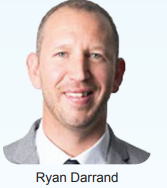 Licensed mobile radio (LMR) deployments continue to increase globally, despite the emergence of LTE solutions onto the world stage and 5G on the horizon. Government and commercial sectors increasingly rely on LMR for secure, instant and reliable voice communications, so cost-optimized digital technologies, TETRA, P25, TETRAPOL and other major digital LMR technologies continue to attract investment. The United Kingdom, a pioneer of LTE technology, announced only in 2018 that it would extend its nationwide Airwave TETRA network to at least 2022 to provide mission critical communications to its emergency services despite the establishment of the nationwide UKESN LTE network. Overall digitization continues in the industry, as the number of digital users exceeded the number of analog users for the first time in 2017. However, there are a significant number of analog users who have not yet converted to digital-radio protocols. The global success of digital technologies has been multifaceted, as multi-tiered options, greater competition and advances in capabilities have provided an increasingly cost-effective migration path from analog to digital communications. Increasing awareness of the benefits of LMR technology for mission-critical and business-critical organizations around the world has facilitated this growth, and users are turning to trunked cost-optimized digital solutions to meet their scalable communications requirements.

The deployment of trunked networks has increased significantly over the last couple of years, as transportation hubs, utilities companies, mines, and public safety and security organizations have adopted the following technologies:

As the digital LMR market continues to grow, the competitive landscape also becomes more intense, as suppliers continue to innovate, invest in research and development, and users are offered more and more viable communications solutions. Over the years, the industry has undergone a process of consolidation and collaboration, with some key acquisitions, including the Hytera acquisition of Sepura in 2017 and a number of Motorola Solutions acquisitions, including Interexport, Kodiak and next generation 911 software from Airbus DS. JVC Kenwood highlighted its commitment to global LMR markets, acquiring Radio Activity S.R.L. in 2018 and announcing that it plans to buy shares in Tait, a global supplier of P25 and DMR solutions.

Despite market consolidation, the overall landscape has become more competitive. Increased price competition has reduced barriers to entry, and technological innovations have increased the number of choices, either by provider or protocol.

Despite the emergence of LTE technology, LMR adoption will continue to grow, as LTE becomes more established and proves its capability to meet the specific critical voice communications requirements of emergency services. In the short term, LTE will complement critical voice with data, rather than replace LMR altogether, as investment into LTE is required to continue to increase coverage and resilience. Only in the next five to ten years could LTE substitute for TETRA, TETRAPOL or other high-end LMR technologies, as capital investments are considered in nationwide or large-scale deployments.