The recent OS Malevich 2.12 update from Ajax Systems has brought some highly anticipated features. The new firmware improved the fire alarm system, added a more flexible configuration of notifications about entry/ exit delays, and most importantly – delivered Chime, the feature that many installers and security industry professionals have been awaiting most. 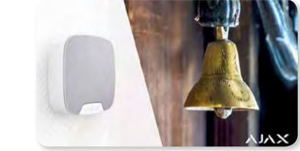 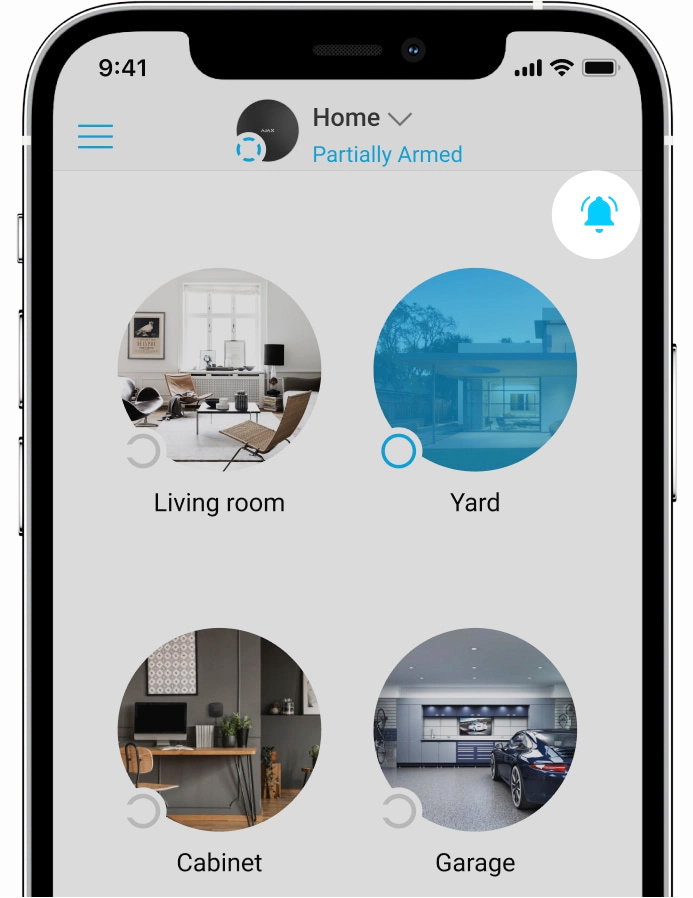 The Chime feature allows using an Ajax siren with an opening sensor as an analogue of a shopkeeper bell. It notifies store employees that a client has entered the door or – in a private house – that someone has entered through the back door.

The sound of the siren alert is short and different from the alarm, and its volume is adjustable in the app. There are 4 alert signals to choose from, which allows hearing which door has been opened. After enabling the Chime feature, the blue bell icon appears in the Ajax app, indicating the state of the function. It’s possible to temporarily disable it with a tap.

Notifications on the loss of connection with the Ajax Cloud server become more informative. Now, in the service settings of a hub, users can select specific communication channels about which to report in case of a lost or disabled connection. The delay for such a notification can be set up for up to 30 minutes. This functionality not only improves control over the communication of the security system for users but also can generate an alarm confirmation for a security company monitoring station. 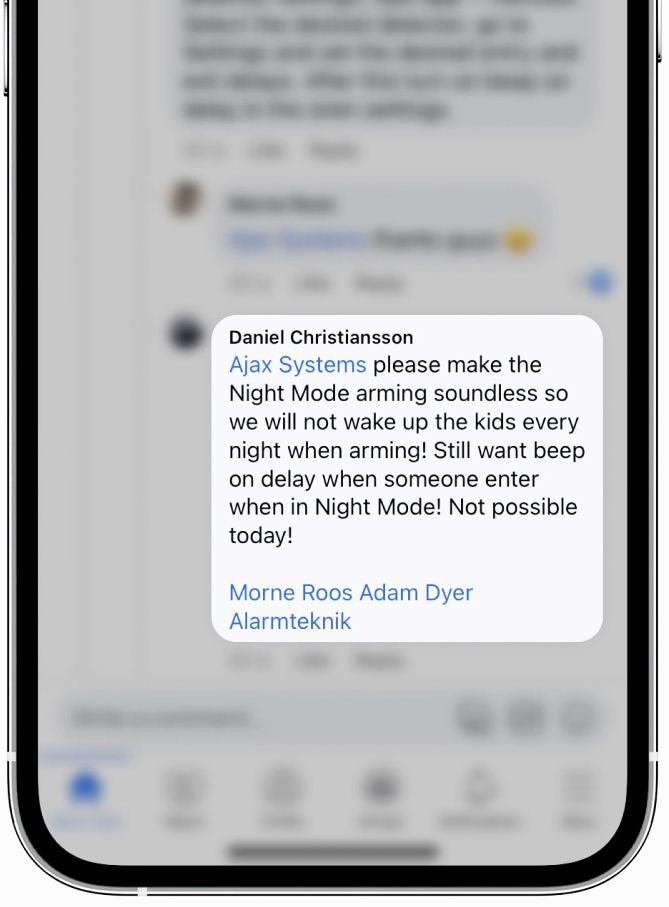 This year, the company received several requests from Ajax users on Facebook and the Trustpilot review platform regarding siren alerts in night mode. Users did not like the siren waking up their children when night mode was activated.

Now, in the siren settings, alerts on the night mode activation and delays are separated: individually for the entry and the exit. Users can also set the volume of these alerts. No more annoying beeps at night.

Fire alerts in a multi-apartment building

At the request of Norwegian partner Elotec, with whom the company implemented a project last year to protect the UNESCO World Heritage Site in Bergen, Ajax team continues to improve the interconnected alarm of FireProtect detectors. The function saves lives by notifying all people in the building through the buzzers built into the fire detectors when at least one of them has detected fire. It allows people to be evacuated even before the fire rapidly spreads across a building.

Thanks to the update, in case of false alarm a user will now be able to only mute the detectors of the same group — the user apartment, without affecting the detectors in other apartments. The user evaluates the falsity of a fire alarm only in his apartment, and if there is a danger to other residents, then the interconnected alarm will notify them of it. If a false alarm triggers an interconnected alarm in all apartments, only the system administrator can mute it.